Carolyn Magner wrote a story last year about how the color of your truck may describe your personality traits. This isn’t a new concept. Color has been linked to strong emotional feelings since mankind was able to capture and describe it.

Issac Newton first experimented with the color spectrum in 1666, where he found that color is really our psychological reaction to a narrow band of electromagnetic spectrum which we call light. Newton discovered you could combine all the colors together to create white light. From his experiments he devised the world’s first color circle.

Color is a response of the brain to data received by the visual systems. Objects emit light in various mixtures of wavelengths. Our minds perceive those wavelength mixtures as a phenomenon we call color. Every color of light has a characteristic spectral distribution, recognized by special receptors, called rods and cones, in the retina of the eyeball.

Complete absence of color has been shown to detrimentally affect psychological and physiological function in humans. What people generally refer to as “color blindness” is a genetic condition that really only affects ability to discriminate red and green. Sufferers still see color, albeit a muted version of what a person with normal sight sees. Achromatopsia is a condition that usually results from head injury or stroke, and it erases all experience of color. Appetite, social function and depth perception are all greatly reduced in patients suffering from the condition. Their ability to perceive movement is compromised, as it has recently been discovered that color is an important cue for detecting motion.

The science of color has been entwined with the psychology of color from the beginning. It’s one of the few disciplines that cuts across the boundaries of art, biology, physics, psychology, chemistry and geology. Holistic practitioners have enlisted color therapy as part of healing rituals for hundreds of years.

Some psychologists point out that the supposed effects of colors are exaggerated and can’t be used in an all-encompassing manner because colors have different meanings for different cultures. Actual research has demonstrated many mood-altering effects to be temporary. They’re sometimes altered by things like temperature. People in a cool room had a stronger response to warm colors than people in a warm room.

The concept of color psychology has become a hot topic in marketing, design, and other areas. Experts have made a few important discoveries and observations about the psychology of color and the effect it has on moods, feelings, and behaviors. Corporations with large work forces have begun to incorporate key colors associated with productivity in their decorating schemes and computer-screen backgrounds.

One thing is certain. Our brain is more active when it’s viewing color. A very specific region of it is stimulated when color and motion are combined, and while this may or may not improve your mood, it’s certainly worth a try.

Blue has been shown to slow down heart rate and lower blood pressure — looking at a blue sky releases calming endorphins. Since we associate green, another calming and centering color, with the environment, looking at the color green can evoke the same relaxation as going for a stroll in the park. Yellow symbolizes joy and happiness. Soaking in an orange sunset can spark your creativity and enthusiasm.

And while blue is one of the most popular and calming colors, it is one of the least appetizing. Blue food is rare in nature, and when food dyed blue is served to study subjects, they lose appetite. Food researchers say when primitive humans searched for food, they learned to look for green, brown and red edibles and avoid toxic or spoiled objects, which were often blue, black, or purple. This instinctive behavior, which still presents in modern humans, is proof that even before we understood the science of it, color was important.

Further reading on the causes behind color perception. 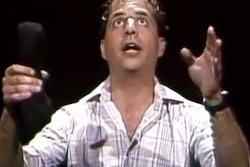 From one diseased, unhealthy animal to another 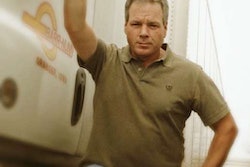 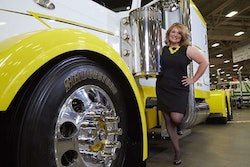