Pilot Flying J announced Monday the winners of its annual Road Warrior contest that recognizes truck drivers who have a passion for their job and for making a difference in their community.

Longtime UPS driver Victoria Andrade was named the grand prize winner, which carries with it a $10,000 award. Andrade was nominated by her family, who said they are proud of her for being “a fierce woman and an outstanding employee for UPS.”

To honor Victoria Andrade, PFJ surprised her with a celebration at the Pilot Travel Center near her hometown and presented her with the $10,000 top prize check.

Bob Loyd of Ottawa Lake, Michigan, placed second in the contest winning $5,000, and James Monclair of Marrero, Louisiana, finished third and received a check or $2,500. The remaining nine finalists each receive $1,000, and the nominators of the grand, second and third place winners receive $500.

Loyd has been a trucker for more than 47 years and is involved in numerous trucking charities. He also helped found Truckers United for Charities.

Monclair is an Ambassador of the Road for Melton Truck Lines and serves as a mentor to other drivers. He’s a military veteran and volunteers to drive his wrapped veteran truck in the Tulsa Veterans Day parade each year. He also makes an annual trip to St. Jude Children’s Hospital to volunteer and spend Survivors Day with his daughter. 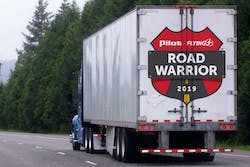 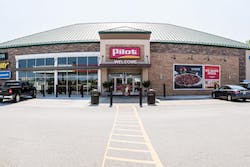 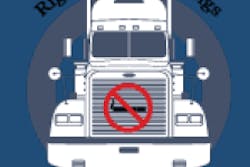 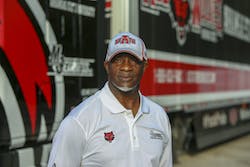