The St. Christopher Truckers Relief Fund (SCF) will host country music singer Wynonna Judd as headliner of SCF's first-ever virtual “Highway to Hope” benefit concert Sunday, May 16, from 6-8 p.m. CDT. Judd will be joined by other country music artists who have been supportive of the organization and trucking in general, including John Schneider, Billy Dean, Lindsay Lawler and Heath Sanders. The event will be hosted by Radio Nemo host Jimmy Mac.

Tickets for the livestream event are available for $20 (plus a $2 transaction fee) on the SCF website at truckersfund.org, which will also be the site for the livestream. A portion of proceeds from the concert will go directly to the SCF to support truck drivers in need. Individual ticket purchasers in the U.S. will receive a free CD from the National Association of Small Trucking Companies' "Grand O' Trucking Show" series, which includes Lindsay Lawler and Nashville singer/songwriters featuring music celebrating trucking.

Donations can also be made during the live event.

Said Shannon Currier, SCF's philanthropy and development director, of this first-ever Highway to Hope event, the "benefit concert will be a fun virtual event bringing our industry together, at a time when we are far apart, to raise support for SCF and our highway heroes with amazing artists that want to give back to this industry."

Headliner Wynonna Judd perhaps needs no introduction, given her well-known past as an American country music icon with multiple Billboard Music Awards to her name. She got her start in the music business in the 1980s alongside her mother, Naomi, as part of the country music duo The Judds. Her latest EP, "Recollections," came out in October of last year.

Actor and musician John Schneider, known for his role as Bo Duke on “Dukes of Hazzard” television show in the 1980s, recently released an album titled “Truck On” saluting the American truck driver. As reported at this link, proceeds from the album and single track of the same name will also benefit the SCF.

Billy Dean hails from the small town of Quincy, Florida, and started his music career at the age of eight, singing with his father’s band, the Country Rocks. After touring the Gulf Coast circuit in his late teens and early twenties, Billy’s first big break came in 1988 when he won Best Male Vocalist on Star Search, hosted by Ed McMahon. His success on the show led to signing with Capitol Records and the release of his debut album "Young Man" in 1990.

Lindsay Lawler's performing history dovetails with trucking more than a decade ago, when formed a partnership with the Truckload Carriers Association and toured as the national spokesperson for the Highway Angel program, performing free concerts for truck drivers across the country. Lawler has performed multiple years at the Capitol in D.C. for the lighting of the Christmas Tree, as well as the laying of the wreaths at Arlington Cemetery. She is currently in the studio working on her next album to be released this summer.

Heath Sanders is an Arkansas natural gas-worker-turned-songwriter whose realness informs the music he crafts.  Drawing upon a lifetime of early mornings and long days, Heath emerges as the new voice of folks who identify with hard work and have the sore backs and tired feet to show for it. His debut single “Old School’s In” is part of a four-song collection called "Common Ground."

Find more about the Highway to Hope benefit via this link. 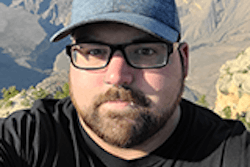 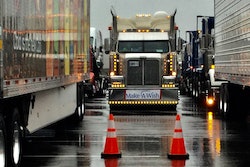 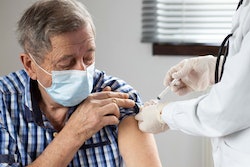 POLL: How do you feel about the safety of the COVID-19 vaccines?