The Truckload Carriers Association has named Prime Inc. driver Kiel Carson, of Portland, Maine, a Highway Angel for stopping to help at the scene of an accident after another truck hit a disabled vehicle. Carson, a driver trainee with Prime at the time, was headed over the Delaware Memorial Bridge when he witnessed a collision in front of him in which a tractor-trailer to his left slammed into a disabled car that was stopped in his lane. The truck had swerved when another vehicle made an aggressive lane change in front of him.

“The truck carried the car across my lane and into the guardrail and came to a stop maybe 100 feet in front of me,” Carson said. He then yelled to his trainer, Kevin Hare, who was on his required rest break in the sleeper, that he had just witnessed a serious accident. “I pulled the parking brakes, checked my mirror, and jumped out.”

As Carson went to check on the two vehicles, Hare called 911 and the team’s dispatcher. Carson first checked on the truck driver, who was dazed but didn’t appear to be injured. He then rushed to the vehicle that had been hit. The trunk of the sedan was crushed in about six inches to a foot behind the B pillar (part of the car’s frame between the front and rear doors). Carson, who is also an EMT student, approached the driver’s side of the car. The door was pinned shut and he couldn’t break the glass. He could see the driver had died in the crash. Another motorist was trying to open the front passenger door, and Carson ran over to help as his trainer rushed over.

“I asked him to go back to the truck,” Carson said. “He wanted to give me any help he could, but there really wasn’t anything he could do, and I didn’t want him to see this.”

Carson also asked gathering bystanders to go back to their vehicles to clear the scene for first responders. Thankfully, the front-seat passenger was breathing, although unresponsive.

“Then I saw a second passenger in the back seat,” Carson added. “He was wedged between the back seat and the back of the front seat. I couldn’t reach him and had no idea what his condition was.”

When a Bridge Authority officer arrived on scene, Carson briefed her on the situation as one of the bystanders continued trying to open the passenger-side door.

“He yelled that he had gotten the door open, and the front seat passenger had regained consciousness,” Carson said. “She was screaming. I asked her where she hurt and what she could feel, but she was unable to answer due to the pain.”

He asked the officer for any medical equipment she may have. “She handed me her medical bag and I was able to find a C [cervical neck] collar,” he said. He rushed back to help the front seat passenger as first responders began arriving on the scene. As they took over, Carson returned to his truck. He later learned that the front seat passenger was the only one that survived. He doesn’t know what caused the car to be stopped in the middle of the road.

Carson has just one more exam to take to receive his EMS license. He shared that he has had driving jobs since the age of 16. He’s now a licensed truck driver. Carson has since finished his driver training and has been driving with Prime for four months.

For his willingness to assist, TCA has presented Carson with a certificate, patch, lapel pin and truck decals. Prime also received a certificate acknowledging their driver as a Highway Angel.

The SmartHop dispatch platform and the Parade digital freight marketplace today announced an expansion of their partnership that offers direct access to digitally enabled brokers using the Parade system. Following the two companies' initial partnership last October, the companies have expanded the two-way integration that synchronizes load opportunities directly from Parade’s marketplace to SmartHop carriers and owner-operators. For these carriers, the companies said, the integration with Parade and its 3PL customers offers better freight choices, sometimes of loads typically available only to larger carriers.

“As one of the top capacity management platforms for brokers, Parade is a natural partner for SmartHop,” said Guillermo Garcia, CEO and co-founder of SmartHop. He went on to tout the partnership as allowing small carriers among SmartHop's customers to "now truly compete with larger carriers, resulting in a massive step towards democratizing access to freight.”

For digital brokers powered by Parade, the partnership enables them to communicate, offer, plan, negotiate, book, or bid on loads directly with carriers dispatched by SmartHop.

Cowan Systems recently announced its Regional Driver Incentive Program, which guarantees every newly hired driver a $15,000 bonus and provides the opportunity to earn $20,000 to drivers who join the company by Oct. 1.

All new drivers are automatically eligible to earn $15,000 through this incentive plan. To earn $17,500, drivers must have either one year of experience with their current employer or their hazmat endorsement. Drivers with both their hazmat endorsement and one year of verifiable experience with their current employer will earn a $20,000 bonus.

“New drivers to Cowan Systems will get more than half of their payout amount within the first six months. This isn’t a sign-on bonus that pays you tiny sums for years,” says Steve Wells, Chief Operating Officer of Cowan. “Professional truck drivers who join us now will get their full payout in less than 18 months.”

Each driver’s offer letter will include the outline of the incentive program and what they can expect to see. 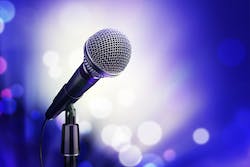 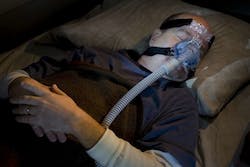 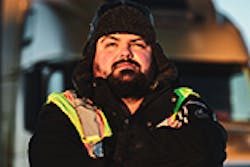 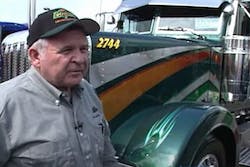