Country music singer Lindsay Lawler took a shine to the trucking industry – and drivers, specifically – after landing a gig at the Great American Trucking Show in Dallas a few years ago and has since carved her own niche performing and writing music for drivers.

“I still play in Nashville, but I found a home in the trucking industry,” she says, adding drivers and musicians have much in common: “We leave our families and stay on the road, and that’s our job,” she says.

Her goal as a quasi-advocate for drivers in the industry is to write and make music that is about truckers, but that the outside world can identify with too. “It’s big for us,” she says, “Getting the trucking message outside of the industry. Drivers tell me all of the time ‘We like stuff other than just 18 wheelers,’ so that’s what I want to do – write music for them that identifies outside of trucking.”

I spoke with Lindsay today for a more in-depth piece on her work that’s scheduled to run in the June issue of Truckers News. Until then, enjoy this video she made for the Truckload Carriers Asociation’s Highway Angel program or check out her music on iTunes – she has two albums available, the most recent of which is a five-track EP that features “For the Long Haul,” “He Loves the Road,” “Bandwagon,” “Highway Angel” and “Train Wreck.” 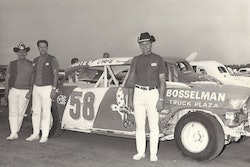 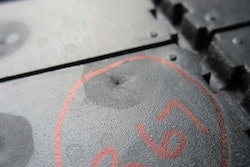 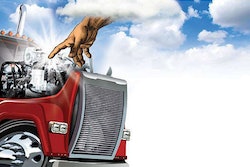 More in the name of stock