Tim Young wasn’t expecting his life to change the day he met a woman photographing drivers at an Ontario, Calif., truck stop, in 2006. The more they chatted, the more comfortable Kim Reierson became with Young, especially as he talked with his wife and daughter, calling from home in Flat Rock, Ala.

Finally Reierson took a risk: She asked if she could ride with him over the road.

Young called his wife, Tisha, and explained. “Yeah, she’s doing a book,” Young recalled telling her. Tisha researched online the alleged photographic background of this mystery woman. The story panned out. Off drove Young and Reierson to the Heart of Dixie.

Things worked out, though. “Kim’s a very nice person. She fit right in with my family,” Young recalls. “My youngest one called her Aunt Kim.”

Reierson photographed Young’s arrival and his interactions with his family. Her project went on to become the photo book “Eighteen: A look at the culture that moves us.”

Photos of Young on the road and with his family make up a chapter of the book, but the book was only the first chapter of the exposure Young was to get.

After the book was published in 2007, filmmaker Brett Morgan was looking for the right drivers to be featured in a 45-minute film, “Drive and Deliver,” he was making to introduce International’s Lonestar. Morgan met Reierson while she was promoting the book and she had just the recommendation: a lanky, fast-talking driver from north Alabama devoted to his family and trucking.

“Other than having my kids, that had to be the greatest experience of my life,” Young recalled of the film project. “I’m cocky enough as it is by myself. Add that, and it doesn’t do no good!”

He took 11 days off to make the movie, and was compensated for his time. Navistar flew Young and his family to Dallas, where the movie debuted at a theater during the Great American Trucking Show.

“They put us up in a nice hotel. Valet parking. It was really quite comical for us — we’re down-to-earth kind of people. We wait on ourselves, and now people waited on us. My kids were like, ‘Wow, Daddy!’ I said this ain’t going to happen every day.”

Then came seeing and hearing himself on the screen.

Even though the film had limited distribution, on four occasions truckers approached him because they recognized him from the film.

Young has continued to drive, currently as a company driver for Marten Transport. Though he’s been out of the limelight, Overdrive’s promotion of this year’s National Truck Driver Appreciation Week, Sept. 15-22, has resulted in one more spinoff from Reierson’s book. Most of the images in Overdrive’s video, “Headed Home,” come from the book, including some of Young and his family.

We’ve also had readers submitting statements about a special driver that they appreciate. You can read them — and submit your own — at iLuvMyTrucker.com.

By starring in “Drive and Deliver,” Young and the other truckers did their part to further trucker appreciation for those outside the industry. Young’s glad to have a copy “to hand down to my kids and my grandkids. That way they can see what it’s like and what I’m like.”

Family, as Young knows, is the source of the most important appreciation, and it needs to be reciprocal. When he emailed family photos to me, he included this statement about his family:

“Without them ‘holding down the fort’ at home, it would be impossible for us to be out here doing our job every day! We’d like to thank our children: CJ Young, Cacie Young-Combs, and Sarah Young as well as our other family members … Our family means everything to us!! 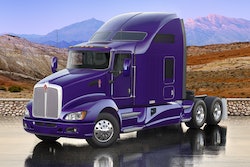 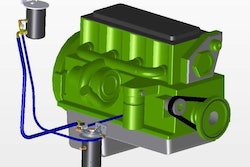 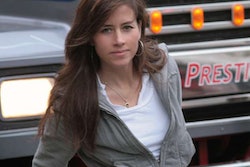