Isaac Ho’s trek to his current one-truck independent owner-operator business swings through college to work in the high-tech medical device world to company driver, driver-trainer and where he is today. His new authority comes on the heels of careful planning, put into action in the last quarter of 2017.

I met him on the road, where his polite demeanor and communication skills set him apart. He’s not uncomfortable asking questions and seeking out usable solutions without complaining about the problems.

Though problems there have been. Getting the authority was the easy part.

For Ho, the first half of 2018 has been a fast-paced classroom on wheels. Isaac used OOIDA services to help with the authority process. One unanticipated challenge: a limited pool of insurance providers for big-ticket commercial liability, given his short history in trucking. Had he known the extent of the insurance issue, he might have waited one more year, at least.

He also described to me the list — well-known to many of you — of purchases, documents, permits, licenses and administrative tasks he had to complete in proper order. But Isaac Ho had a vision, combined with startup capital.

He purchased his 2015 Volvo through Arrow Truck Sales, with time left on the factory warranty. He found most trailer leasing outfits would not take him as a client, but finally found a startup leasing company that would, though, and shortly bought a new dry van.

Perhaps the biggest hurdle for him and so many others: The difficulty finding brokers or other customers who would contract with him, which caused a period of financial strain. Once time passed, opportunities opened. Ho learned which brokerage sites and apps best worked for him. His description of his navigation of that world gave me a glimpse into new technologies.

Ho has gravitated to click-and-book sites that post freight rates, such as Uber Freight and J.B. Hunt 360. He described Uber’s tools as the most user-friendly, though available loads seem limited there.

He uses the Landstar Carrier site more than the DAT board, yet because of issues negotiating rates, he’s not often inclined to use either. Most brokers, even in today’s strong market, he says, resist his asking prices.

The few people who would provide pricing advice told him little more than the old stand-by: Don’t haul cheap freight. Asked to define “cheap freight,” most narrowed the cutoff to around $1.50 per mile.

Isaac Ho knows his cost, however: If I had to haul for $1.50 per mile I don’t think I would be profitable. Fortunately for him, he’s entered this business at a time of freight market strength.

He’s locating freight in the $2-$2.20 range consistently for the lanes he has worked, mostly the Midwest to South Central and back. Ho plans to continue examining freight lanes — the commodity in relation to the rates — staying with products he is comfortable with, allowing him to learn seasonal freight opportunities.

At once, he recognizes good fortune when he sees it, and continues to be frugal with spending as he builds a strong financial foundation.

Although using factoring for some people may be a cash-flow necessity, Ho investigated and determined the factoring arrangements he was offered to be extremely complicated, with high fees and complicated back charges. To reduce his risk on receivables, he opts for contracts with brokerage services that offer payment in two to seven days upon delivery, many charging their percentage fees. If he was working from a multi-broker board like DAT or Truckstop.com, he adds, he might find more utility from a factoring arrangement to consolidate quicker payments from multiple sources.

The electronic logging device mandate was of no consequence to him. He’s utilizing a Zed ELD, which Isaac describes as “OK, a bare bones ELD,” one of few with no monthly fee, further containing costs. He’s confident using the 8/2 splits and little nuances of the hours rule to solve problems. To help him be more efficient, he mostly hauls light loads combined with slower speeds. He keeps up the truck, so he doesn’t worry about inspections

It’s all in the planning, as he might put it, and now as the owner and chief decision maker, he is in control. People with Ho’s skills, many of whom entered this business via a nontraditional path, can see advantages many of us may not. I salute him and encourage others not to be too quick judge new people entering this business. 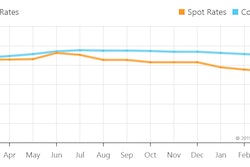 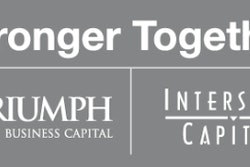 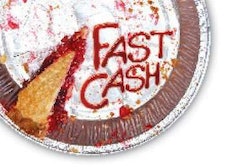 POLL: Independents, do you use a factoring company or other quick-pay service?