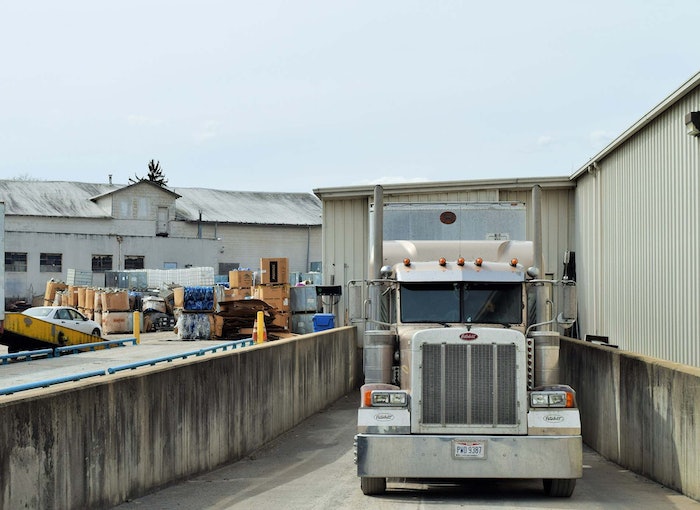 The shipper, a processor of recycled plastic, loaded the truck in just more than an hour. By then, it was 4:30 p.m., and we had just under 3 hours remaining in the 14-hour clock, with slightly more than that in theoretical drive time. Here’s a situation where flexibility in the 14 could have been a major benefit to Reed. Experiencing a bit of issue with the clutch brake at this point and feeling like he could use a couple-few-hour nap, the ability to stop the clock and extend it with a three-hour nap , say, could have gotten us back to Findlay before the end of the day, with time to stage nearby to the destination for a 7 a.m. delivery. (Reed had by then only driven 7 hours and 22 minutes, by my count, that day, and had the drive time to make it to Findlay, a solid 3 hours and 15 minutes away. With the hours rules as they are, however, he’d never get there — he still would needed to stop for fuel and there wasn’t a great freeway option out of East Palestine directly.

In 2016, I sent a letter to my representatives offering some perspective on the detention problem, citing lost taxable income. Addressing my home state of Missouri alone, I offered a conservative figure of more than 27 million dollars of lost taxes for unpaid driver detention time annually. My estimates were based upon a conservative 4-6 hours a week per driver, or about 208 hours a year of unpaid time.

While these letters generated polite responses, they did not spawn any action to speak of. Yet over the course of the last couple of years since the implementation of the ELD mandate, there’s certainly been more interest in the reality out here. Drivers’ time is often unappreciated and, yes, uncompensated as well.

For the most part, the FMCSA has no real leverage in how drivers are paid. Still, there are steps the agency might take to help alleviate the detention burden. Getting tough on the recording of time at shippers or receivers as on duty not driving is one approach. Perhaps require the publication of detention times at shippers and receivers, thereby offering carriers information for leverage in contract and spot rate negotiations. Changing the 70-hour 8-day work week to 70 in 7 days is another idea.

Perhaps the principal thing anyone could do to alleviate the issue is pay drivers for all time on the clock whether they are driving or sitting and waiting to unload or load. At once, this last suggestion is out of the realm of FMCSA’s authority. It may well require an act of Congress, something drivers should unite over and push to make happen. Congress would have to make an amendment to the Fair Labor Standards Act of 1938, which put different rules for driver compensation compared to other laborers in the country. Not only is this an out-of-date law, but it allows the virtual breaking of other laws established as unfair labor practices, exempting drivers form being paid overtime wages.

With electronic monitoring in the form of e-logs, there is no longer any reason for employers to claim they cannot monitor how many hours drivers are actually working. Drivers log on start their day and at the end of the day they log off by stopping their clock. At the same time, unlike most workers in the U.S., drivers are limited on how many hours they are allowed to work a day, and how many they are allowed to work within a week.

What’s been your worst detention experience on your routes this last year? Nominations for most improved, perhaps? Mobile users, tap the call button here to leave a message with your story on our podcast voicemail line. Be sure to state your name and base location with any message. If you’re reading on a desktop, call 530-408-6423 to weigh in.

If the method of pay changed significantly to account for all time, as some companies are doing with salary-type structures for employee drivers, rate negotiations then proceed based on real costs, without the expectation of drivers’ unpaid time. If companies wish to negotiate a rate based on their ability to cut costs, that’s fine — as long as it’s not at the expense of the driver, as has been too common for decades. So commonplace, in fact, that the advertisement of detention pay is an ever-more-common recruiting tool. That in itself speaks volumes about industry standards — carriers well know there is a problem, yet only so-called quality carries are willing to address the issue.

Once again, safety advocates have convinced Congress to consider a bill to mandate speed limiters on trucks, disregarding driver safety and driver time in favor of the perception of public safety gained. Yet professional drivers are not the problem, a fact supported by statistics.

Until drivers stand up and make their voices heard, these issues will not change in favor of the driver but rather sway with whichever the way the winds of voters and lobbyists blow.

I recently had the opportunity to answer the questions FMCSA asked last month with their request for comments on detention. Have you taken the time yourself? A 90-day comment period opened June 10. Comments can be made at Regulations.gov under Docket No. FMCSA-2019-0054 at this link.

Not ‘engaged to wait’ while in the sleeper? Readers respond to federal labor opinion on driver compensation