While ATA’s America’s Road Team and fleet execs were chatting with the President about health care (a day before the Republican health-care bill failed in the House), the Owner-Operator Independent Drivers Association was rolling out an initiative at the Mid-America Trucking Show aimed at spurring grassroots activism among members. The association’s “Knock Out Bad Regs” campaign reinforces the need to emphasize what’s good — and, of course, what’s not — in the regulatory code, particularly as it relates to trucking safety, to hold the Trump administration to its pledge to reduce regulatory burdens on business.

“Congress should be working to eliminate costly regulations like ELD’s and speed limiters rather than adding even more rules and red tape” — that’s OOIDA Executive Vice President Todd Spencer, quoted in the press release the organization issued with the launch. (They also directed members to resources available related to the campaign at FightingforTruckers.com.)

In today’s Overdrive Radio podcast talk with Spencer and OOIDA board member/small fleet owner Monte Wiederhold, of Ohio, both emphasize the importance of the ongoing fight against the electronic logging device mandate. (Owner-operator Marion Spray also speaks up near the end.)

Though Spencer says the Supreme Court only considers a small fraction of the cases it’s offered, he holds to the belief that the mandate represents issues of privacy, among others, that have never before been considered there. Hear more about just where the ELD fight stands today in the podcast, likewise take a run through a bevy of other issues, from possibilities inherent in the Federal Motor Carrier Safety Administration’s upcoming split-sleeper pilot test, the state of safety measurement, training and more.

Listen below or in the playlist at top. 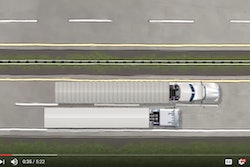 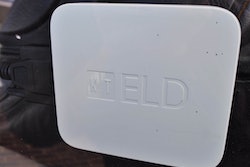