Todd Dills
Jan 18, 2019
One of two ’07/’08 Kenworth T2000s in Jackson and Ogletree’s fleet — this one is Ogletree’s. From the outset, Jackson strove to limit overhead, buying used with cash for these two fairly low-mileage trucks, both between 600,000-700,000. Aside from an early setback he details in the podcast, generally performance from both units has been superb over their nearly a year in business.

This week’s edition of the Overdrive Radio podcast follows up with Andre Jackson, owner-operator with a business partner of the one-year-old Midnight Xpress small fleet, based down in Mississippi (partner in the business, owner-op Donte Ogletree, is based in Atlanta). Regular listeners will remember late last summer when Jackson was the principal guest on the podcast telling the story of his comeback from multiple heart attacks to where he is today, on his own with his authority and a small trucking company that, as he alludes to at the top, was started with a plan for somewhat aggressive, hopefully sustainable growth in the near-term future.

In the short time since we talked, though, a breakdown of the first truck the pair of owner-ops added to the two-truck fleet, a 2007 Volvo 780 with an ’06 engine, set them back a good bit. The driver they hired for that truck then, well, Jackson gets to that in the talk that follows, one that lays out plenty of considerations any owner-operator considering expansion beyond a single truck should make. Take a listen: 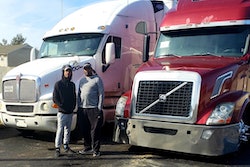 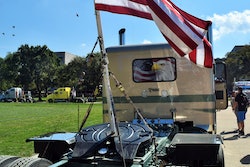 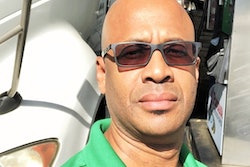