If you missed the Great American Trucking Show or the agency’s webcast last week, you can sit in on the first hour and more of the hours of service listening session held at GATS in Dallas Aug. 23, 2019, via the video above and/or podcast player below. This was the first listening session held by the FMCSA following its introduction of a Notice of Proposed Rulemaking that offered some changes to truckers aimed at increasing both safety and some measure of flexibility for drivers.

Two significant elements of that were revisions to split-sleeper-berth regs as well as the proposal to allow up to a three-hour pause to the 14-hour duty clock daily with an off-duty mid-period break. Read more about the proposed changes via this link.

Comment on the proposal at Regulations.gov via this link.

At the end of this selection from the listening session, you’ll hear FMCSA reps reading from a commentary with a particular question about the proposed split-sleeper changes in the hours of service NPRM. There are two central aspects to those changes.

The question at the very end of this selection, from Lee and Lisa Schmitt, commenting online, pertained to how the proposed split worked with the 14-hour rule, and whether after both split off-duty periods the full complement of daily on-duty hours would be then reset, of a fashion, and available for use.

FMCSA Associate Administrator for Policy Larry Minor suggested they would in a very brief answer, but in the proposed rulemaking’s text itself, the proposed new split is described as being calculated in much the same way that it is today. I.e., two split periods don’t work like a restart for the 14-hour on-duty clock and the 11 hours of available drive time. From the NPRM itself:

Each time an individual takes one of these two rest breaks, he or she would need to recalculate the on-duty period and driving hours available. Drivers must be in compliance with the 11 -hour driving time and 14-hour driving window requirements on both sides of the qualifying rest period. Driving time in the period immediately before and after each rest period, when added together, must not exceed 11 hours under §395.3(a)(3) and must not violate the 14-hour driving window under § 395.3(a)(2).

The major difference in the way this particular change, as proposed, would be calculated, compared to today’s rule, is that the shorter of the split periods would in fact pause the 14-hour clock and thus would not count toward available hours, not the reality today where the short period chips away at available hours, eroding the effectiveness of the split over time if used on consecutive days.

For a more detailed distillation of the way the 14-hour rule and drive-time maximum roll in the split-sleeper reg as it stands today, follow this link: 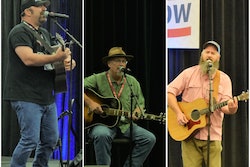 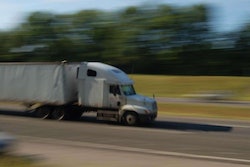 Truckers have until Oct. 7 to file comments on FMCSA’s hours of service proposal