In late 2019 going into 2020 Colorado became what's believed to be the first state to ban the practice of booting an occupied vehicle. You'll hear about the topic in this edition of the Overdrive Radio podcast, with audio courtesy of the 911 call April 21 from Louisiana-based owner-operator Glenn Keller to dispatch in Gaston County, North Carolina, west of Charlotte. Regular Overdrive readers may well be familiar with Keller from past coverage of his leased operation, some of it towing- and Gastonia-related.

When this happened, Keller was idling while sitting in the driver's seat in a place where there is no express prohibition on the onerous occupied-vehicle-booting practice. Keller was surrounded by three tow trucks, whose operators demanded money:

Keller promptly involved the police when he realized there was no escape.

In today's edition of Overdrive Radio, we talk with the owner-operator about just what happened here. It’s yet another example of how the aggressive tactics of tow and boot operators in some locales are inspiring angst among folks like him. And not just angst, not just anger -- nay, rage might be a better word. And there’s fear, too, for sure. Were it not for the police showing up when they did, things could have gone all sorts of sideways. Take a listen:

Keller says he's hopeful his efforts with law enforcement and legislators might result in some lasting change -- if nowhere else than in Gastonia.

Find further reporting on this issue:

[Related: Parking perils: The increasing cost, and risks, of booting and towing]

[Related: Truck booting and towing traps in light of the ELD mandate] 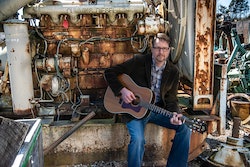 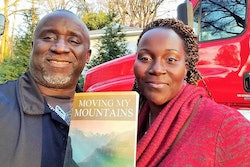