Glen Horack is one of three finalists for the 2020 Owner-Operator of the Year award, produced by the Truckload Carriers Association and Overdrive. The winner, who will receive a $25,000 cash prize, will be announced in September at TCA’s annual convention in Las Vegas. The sponsors of the Driver of the Year Contests are Love’s Travel Stops and Cummins. The other two finalists are Bryan Smith and Doug Schildgen. 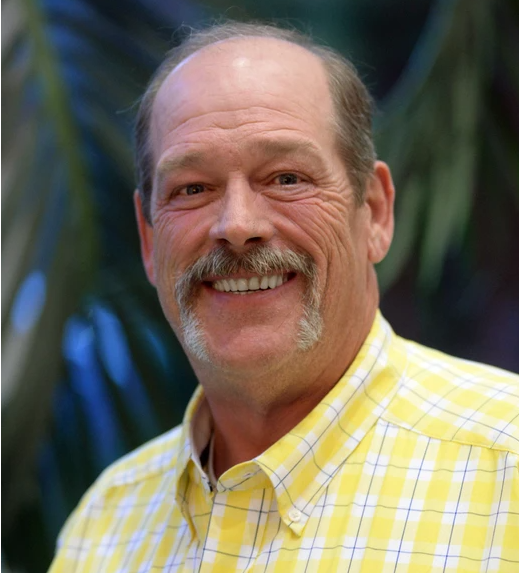 Since starting his trucking career 36 years ago in 1984, Glen Horack, of Elkland, Missouri, has focused on staying safe and keeping a perfect on-time record with his customers.

Horack, a three-time Owner-Operator of the Year finalist, has racked up more than 5 million safe driving miles in his career, the last 11 years of which he has driven team with his wife, Karla. The couple is leased to Prime Inc., where Horack first leased on on in 1992. He worked with KLLM before Prime, and for a three-year period between 1993 and 1996, he left Prime for Dart before returning to the Springfield, Missouri-based company.

He said the biggest reason he’s been able to remain accident-free during his career is simply paying close attention to everyone else on the road.

“The biggest thing is just pay attention,” he said. “Always be looking around you. Pay attention to everybody else, not just yourself. Basically that and a bunch of luck have helped me.”

Horack also has a 100% on-time record during his 28 years with Prime.

“It’s extremely important to me,” he said. “The only thing I have to offer is my reputation. It mainly just takes planning. Try to plan everything where it’s smooth sailing.”

Last time Horack was a finalist for the Owner-Operator of the Year award in 2016, he and Karla were running a dedicated floral run from Canada to Florida. Now, however, the couple is hauling more diverse customers and routes in the Prime system, going pretty much all over the country and still into Canada occasionally. They average around 240,000 miles a year with the 2019 Peterbilt 579 they’re leasing, which has around 475,000 miles. They’ll turn it in around 600,000 miles, and Horack is considering purchasing his next truck to be his retirement rig.

“I’m still up in the air whether to lease or buy the next one,” he said. “If it’s the next to last truck, I’ll just lease it. If it’s my last truck, I’ll buy it outright and run it until I retire. When I retire, I’ll keep it and run local stuff now and then.”

Horack’s put a great deal of focus in recent years on living a healthier life. At one time, he weighed more than 425 pounds, he said. He lost 200 pounds up until recently, when he said he’s gained about 80 pounds back.

“Diet is how I lost it,” he said. “And staying active. When I was doing the floral run, it helped a bit having to hand unload it. I gained some back, but now I’m to the point I’m back figuring out how to lose it. The main thing is sticking with it.”

The Horacks typically spend 8-12 weeks on the road at a time, then take 10-14 days off at home to spend time with grandchildren, ride motorcycles, hunt, fish and more.

In his time away from freight, Horack has been involved in Wreaths Across America. In 2020, he hauled a load of wreaths to Arlington National Cemetery for the first time. Horack himself served in the U.S. Marine Corps and Marine Corps Reserves for six years before embarking upon his career in trucking.

“It’s an honor,” he said. “Those people gave all they had. What little we do for them, it’s nothing but an honor to do it. My truck is all done up in a military theme. Anything I can do to help veterans or the military, I’m all for it.”

Also in his off time, Horack started a motorcycle show to benefit childhood cancer research. He said a close friend’s nephew died from cancer at 7 years old, so he helped start the Sam Biggs Memorial Bike Show and Poker Run, which happens twice a year – in Illinois and Missouri. In the last six years, the event has raised more than $40,000 for childhood cancer research.