Doug Schildgen is one of three finalists for the 2020 Owner-Operator of the Year award, produced by the Truckload Carriers Association and Overdrive. The winner, who will receive a $25,000 cash prize, will be announced in September at TCA’s annual convention in Las Vegas. The sponsors of the Driver of the Year Contests are Love’s Travel Stops and Cummins. The other two finalists are Bryan Smith and Glen Horack. 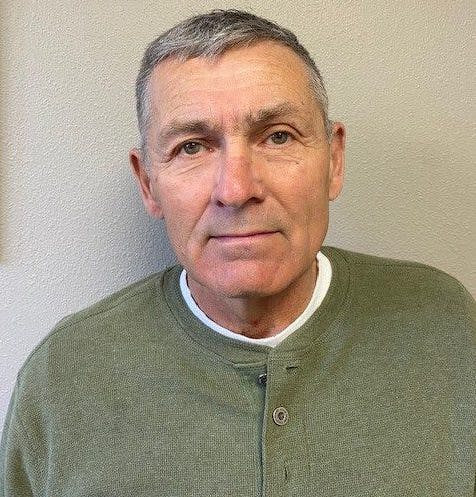 Schildgen got interested in machinery at a young age after riding with his father on his road grader. He built his first truck and has been building gliders and engines ever since. To this day, he runs a 1997 Freightliner FLD powered by a Cummins N14 for fuel-efficiency. He’s replaced the engine three times since he bought the truck and has rebuilt most systems in it through the years.

“When I do mechanical work, if I happen to have a bad fuel line, I replace all of them,” he said. “Same with a brake chamber. If you replace all of them at once, you know where you are and what you have. I enjoy projects, so that’s what I did.”

Schildgen started his trucking career at Freymiller, where he worked from March 1975 to November 1976, which is when he joined Warren Transport. He’s been there ever since.

During his 39 years hauling heavy equipment – usually between 80,000 and 120,000 pounds – Schildgen hauled all over the country and into Canada.

“When I first started at Warren, they had a good approach to safety, and they still do,” Schildgen said. “Everybody on the highway is going fast – they’ll pass you in Des Moines heading to Wyoming, but you get there at the same time driving legal. I did wide loads exclusively, and you have to be on your game all the time.”

Schildgen said when he interviewed at Warren, the safety director at the time asked if he eats three meals a day, adding that if he doesn’t take the time to do so, Warren wasn’t the place for him. Schildgen said eating healthy, staying rested and staying focused on the road have been keys to his successful career.

“If there’s something going on at home that you’re unsettled with, you can’t be thinking about it,” he said. “Your brain has to be on the road. Always be focused and in control. For me, wide loads made me more focused, too. You’ve got to be on top of that.”

He added that paying attention to detail and not driving on the edge also helped him be successful.

“If you’re on the edge all the time, it works, but if something goes wrong, you don’t have time to correct it,” he said. “Just because the speed limit is 70 doesn’t mean you have to drive 70 if traffic doesn’t dictate it.”

Away from the job through the years, Schildgen has participated in parades and visited schools with his truck for show-and-tell events. He said he’d put candy in the floorboard for the children — a gesture meant to create goodwill among those who will help improve the image of the industry for the generations. He also hauled several loads to Okolona, Mississippi, for Christian charities.

One of Schildgen’s fondest memories from his career was hauling 33 John Deere Gator utility vehicles to the White House in 2003 for the annual Easter Egg Roll.

“John Deere contacted Warren, and they picked the guy that did it,” Schildgen said. “Getting nominated and approved to do it was special. I got a barrage of phone calls from the Secret Service to check me out. That was a real interesting thing to do. It was a privilege.”

One thing Schildgen recommends to operators coming up is to not neglect your family when you’re on the road.

“One thing I’d advise is to take some time to send a card to your family,” he said. “Little things like that make life worthwhile. Call your wife more. Whatever you have to do, make sure you and your family are happy.”

Schildgen credits his wife, Rebecca, for helping raise their six children while he was on the road most of their lives.

Independent and leased owner-operators -- up to five trucks, where the owner still drives -- can enter the next year's contest or nominate another owner through October 25. 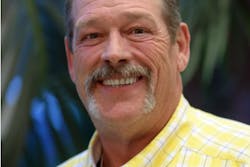 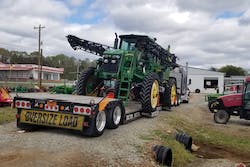 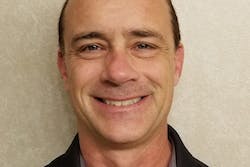 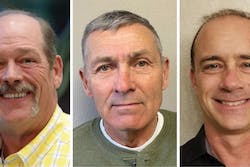