Pete Buttigieg, President Joe Biden’s pick for Transportation Secretary, testified Thursday morning in front of a smattering of Senators as the first step in the Senate’s role in confirming him as part of Biden’s Cabinet. Infrastructure, particularly highway funding mechanisms, dominated much of the largely congratulatory hearing, though a few Senators did ask Buttigieg specifically about trucking reforms, some of which were paused by Biden on his first day in office.

Regarding hours reforms, on which the Trump-era FMCSA had two irons in the fire and Biden has halted, “We’ll look into it,” Buttigieg said. “We’ll take a closer look and engage with stakeholders to understand how the pilot program,” on expanding split sleeper berth options, “squares with the goal of worker and traveler safety and with the goals of flexibility,” he said.

A pilot program to test the feasibility of implementing split-sleeper options beyond the 8-2 and 7-3 afforded by the 2020 overhaul of hours of service regulations was one of the regulations paused by the Biden Administration this week. As was an exploratory rule on allowing shorter pauses of the 14-hour clock -- those of between 30 minutes and three hours.

Two Senators -- Deb Fischer, a Republican from Nebraska, and Jon Tester, a Democrat from Montana -- encouraged Buttigieg to ensure that livestock and insect haulers continue to remain exempt from the electronic logging device mandate. Congress so far has been the body to grant those annual waivers, but they seemingly were encouraging Buttigieg to make it a permanent exemption via the regulatory process, though they didn’t explicitly say so.

Buttigieg’s hearing Thursday was in front of the Senate’s Commerce, Science and Transportation Committee, who will vote on whether or not to advance the nomination to the full Senate for a vote there. Buttigieg is expected to be easily confirmed to run the U.S. DOT.

In addition to hours and ELDs, Sen. Roy Blunt (R-Missouri) urged Buttigieg to continue to support exempting interstate motor carriers from any state laws that would interfere with federal hours of service regulations. Namely, Blunt pointed to California’s meal and rest break laws, which the Trump-era DOT said were superseded by federal regs and, thus, motor carriers didn’t need to comply. The 9th Circuit Court of Appeals recently agreed with that assessment and sided with the U.S. DOT and its exemption notice. Like the other trucking policies mentioned, Buttigieg said he’ll “look into it,” if confirmed.

Much of the three-hour hearing centered on ways to bolster highway funding. Buttigieg said, short-term, Congress might need to either raise fuel taxes or tie the per-gallon tax rate on gas and diesel to inflation to help shore up the U.S. Highway Trust Fund, which has needed ongoing infusions from the general fund to keep from going broke.

“In the long-term, bear in mind that as vehicles become more efficient and as we pursue electrification, whether sooner or later, there are questions about whether the gas tax can be effective at all,” he said. The fuel tax has funded the U.S. Highway Trust Fund since the 1950s. But more fuel efficient vehicles, and a nearly 30-year gap in raising the per-gallon federal tax rate, have eroded the tax’s ability to fund highway projects like roads and bridges.

He suggested a vehicle miles tax could be one alternative that Congress could consider as a user-based funding mechanism, much like the gas tax is. But VMT also has its drawbacks, he noted, such as privacy concerns and questions about technological viability.

In his opening remarks to the committee, Buttigieg touted his work as mayor of South Bend, Indiana, in building public and private partnerships for transportation projects and in revamping the city’s transportation infrastructure.

If confirmed, he would be the second mayor to head the DOT since 2013, when Anthony Foxx, former Charlotte mayor, was nominated and confirmed by President Obama to run the DOT. Elaine Chao helmed DOT for all but three weeks of President Trump’s term. 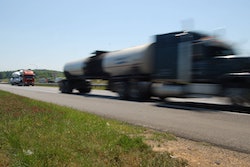 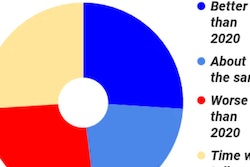