The Federal Motor Carrier Safety Administration on Wednesday issued a notice of intent to proceed with a rulemaking that would require the use of speed limiters on heavy trucks.

Yesterday's action is the first step forward toward a potential speed-limiter requirement in almost six years, though the notice does not specify any specific maximum speed. The proposed rulemaking in 2016, a similar request for comment from the industry and the public, was different in that it sought comments on maximum speeds of 60, 65 and 68 miles per hour.

This latest notice of intent is a fact-finding and data-mining exercise, FMCSA said, that would aid the agency in potentially drafting a Supplemental Notice of Proposed Rulemaking.

The 2016 proposed rulemaking was a joint proposal from FMCSA and the National Highway Traffic Safety Administration. In its new notice of intent, FMCSA said it intends to move forward with a different motor carrier-based speed limiter rulemaking. "FMCSA believes that placing the requirement on motor carriers will ensure compliance with the rule, and potentially avoid confusion on who is responsible," the agency said.

Additionally, FMCSA is considering making the rule only applicable to trucks manufactured after a certain date — potentially 2003 — "because this is the population of vehicles for which [electronic engine control units] were routinely installed and may potentially be used to govern the speed of the vehicles," the notice added.

Once published, FMCSA will accept comments on the notice for 30 days. The agency said it is not yet proposing any regulatory changes but is looking to receive comments to help in the new rule's development.

The American Trucking Associations has long been in favor of speed limiters and applauded the Department of Transportation for "pursuing a constructive, data-driven approach to the issue of truck speed limiters in its latest proposal," said ATA President and CEO Chris Spear. "We intend to thoroughly review FMCSA’s proposal, and we look forward to working with the agency to shape a final rule that is consistent with our policy supporting the use of speed limiters in conjunction with numerous other safety technologies.”

Last March, ATA and Road Safe America penned a letter to Transportation Secretary Pete Buttigieg calling for the implementation of speed-limiting technology on heavy-duty trucks, and threw their support behind the December 2019-proposed Cullum Owings Large Truck Safe Operating Speed Act, named for Road Safe's founder's son. The bill called for all new commercial trucks to be equipped with speed limiters and to require existing speed-limiting technology already installed on trucks manufactured after 1992 to be used while in operation.

The bill called for maximum speeds to be set at 65 mph, or 70 mph if certain safety technologies such as an adaptive cruise control system and an automatic emergency braking system, were also in use.

Overdrive readers, polled in 2016 in the wake of DOT's moves at that time toward a potential speed-limiter requirement, generally favored higher governed speeds, if any at all. Nearly half of poll respondents were against any speed-limiting technology requirement, and a cumulative 47% suggested speed settings of 70, 75 or 80 mph if limiters were to be required. 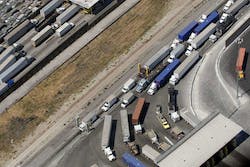 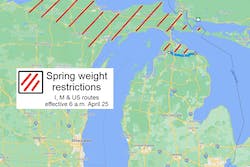 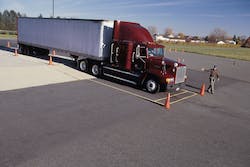 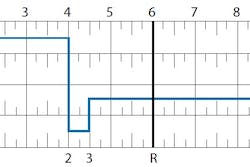