For most of the 20 years that have passed since brothers Jay and Joel TeBrake bought out their father and a partner in Truck Transport, the small fleet has been a bulwark of stability through a variety of market changes. The fleet hauls heavy equipment on a variety of platform trailers, mostly double-drop RGNs.

“For the last 10-14 years,” Jay says, the Willmar, Minnesota, fleet has stayed around 20 trucks, with 80-85 percent of freight coming via direct contracts with equipment dealers, manufacturers, auctions houses and private parties. Brokers accounted for the rest. The company has a fairly low debt load, considering the capital tied up in expensive trailers.

Truck Transport works with 200 to 400 customers in any given year, most acquired through word of mouth. The company operates its own brokerage, TTI Logistics, to handle any overage.

That diversity of customers has kept the fleet moderately busy through the COVID-19 pandemic. Its customers include big manufacturers, like Case New Holland, private individuals or “small farmers and small business people who don’t move a lot of equipment,” Jay TeBrake says. “They may need a tractor from an auction in Indiana that needs to come to Minnesota, or a tractor in Ohio brought to Colorado.”

The TeBrakes’ father, John, was a self-described wildcatter in pre-deregulation days, taking loads without having proper governmental authority. The owner-operator started trucking in 1963, then moved to farming in the early 1980s, trying to use trucking to “subsidize the farming,” Jay says. A few years after deregulation had set in, 1987, with an owner-operator business partner, he founded Truck Transport with two trucks.

Jay and Joel grew up working for the company, with Joel handling maintenance duties and Jay driving for about a year in addition to handling dispatch functions.

John TeBrake, who died Feb. 27, was a living trucking legend of the Upper Midwest, as Jay describes him, having been a pioneer of a particular design of slide-out outriggers for lowboy trailers in use by at least one trailer manufacturer today. Among other inventions, in the 1980s he built an early auxiliary power unit using a small Datsun engine.

The father instilled qualities in his sons that carry the business forward today, from an attention to detail, with an eye for safety and maintenance cost savings, to the importance of honesty. The emphases are evident in a vehicle out-of-service rate half the national average and just a single reportable crash (non-injury) in the company’s federal profile over the last two years.

Joel, overseeing maintenance out of the company’s two-bay shop, is slowly converting the company-owned trucks and trailers to disc-brake systems. That comes after seeing maintenance-hassle and long-life dividends paid by the technology. “The service part of it is next to nothing and they last quite a long time,” he says.

The business model incentivizes better business management, Jay feels, not unusual for a fleet of this size: mostly owner-operators, and paid on a percentage of the load, as are the company drivers. “Usually, when a driver leaves here, he’s retiring or he passed.” Jay says. Four or five owner-operators have left over the years for what they thought were greener pastures just to “come back within a month or a year.”

Part of what’s brought them back is profitability – those good rates on those good loads. But Jay believes there are other attractions: “We’re very transparent and honest with our drivers,” he says. “When they get a load sheet, they see what we’re billing the customer, so they know exactly what they’re paid and everything else.

“You might call us old-fashioned” in preferring person-to-person communication, Jay says, and a leadership style inherited from John TeBrake. “He was a quiet leader. That’s our goal — to try to maintain his legacy.” 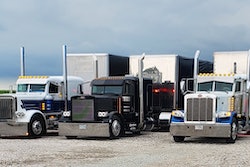 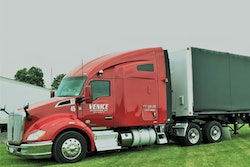 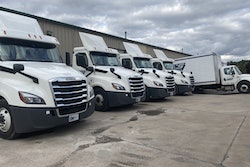 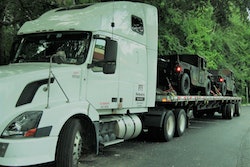