In an effort to improve 27 rest areas along the New York State Thruway, the NYS Thruway Authority will be temporarily closing ten of the rest areas later this month.

The rest areas will be closed beginning July 29 to start work on the $450 million project. Improvements will include increased truck parking, showers, laundry services and fitness centers.

Variable message signs and roadway signage will alert drivers to construction at the service areas and the location of the next service area on the Thruway.

The following service areas will close on July 29 for redevelopment:

Construction is expected to begin in 2022 at an additional six service areas along I-87 and I-90.

The Thruway Authority also announced new food options will be available to customers as part of the redevelopment project.

If you're headed to or through Indiana on Wednesday, July 14, be aware that not every other truck you pass is simply making a trip like you. Some will have an Indiana State Trooper in the passenger seat looking for bad highway behaviors.

The Indiana State Police Commercial Motor Vehicle Enforcement Division, along with the Lowell, Toll Road, Indianapolis, and Sellersburg posts, will conduct a Trooper-in-a-Truck enforcement patrol that day. In the Pendleton District, CVED is teaming up with the ISP Aviation Section and district troopers to focus on the enforcement of unsafe and aggressive driving behaviors around commercial vehicles.

According to a statement from the ISP, its Trooper-in-a-Truck initiative places a trooper in a commercial motor vehicle operated by a CDL driver. The trooper will observe for violations as the CMV driver passes along the selected route. While no dangerous traffic violation will be ignored, the troopers in trucks will be observing primarily for violations of Indiana’s “hand free” law, according to the statement. Though most recent version of this law, which prohibits the use of hand-held communication devices in all but emergency situations, has been in effect for over a year, distracted driving continues to plague Indiana's roadways, ISP said.

“The Indiana Motor Truck Association and its member carriers are partnering with ISP in this endeavor by providing the trucks and drivers”, said Major Jon Smithers, ISP CVED Commander. “The IMTA and CVED have long had a strong and mutually supportive relationship as improving highway safety is a shared goal. The IMTA and its members have long been leading advocates for the implementation and enforcement of a strong and effective hands-free law and are passionate about educating our citizens about the dangers of distracted driving.”

Love’s now has more than 415 Speedco and Love’s Truck Care locations across the country.

The new Speedco locations are at the following Love’s stores: 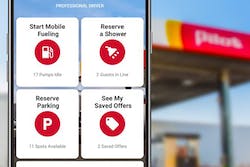 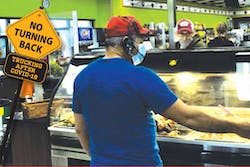 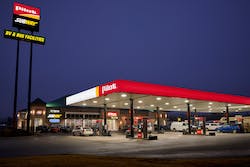 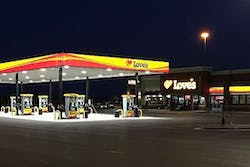