Three truckers who spend their downtime singing and writing songs will compete live at August’s The Great American Trucking Show, where the Dallas-bound drivers have been invited to participate in Overdrive-Red Eye Radio’s Trucker Talent Search finals.

The three, Will Perry, Keith Snyder and Jason Lee Wilson, were selected from a group of 36 nominees after a round of audience online voting in May and June.

Will Perry, 46, of Farmington, Minnesota

Trucker and recording artist Tony Justice will emcee the event. Justice, who released his new album Brothers of the Highway earlier this year, will also open for John Michael Montgomery at a free concert Friday, Aug. 26, at GATS. The Everhart Transportation driver out of Tennessee has been an over-the-road truck driver since 2000.

Stay tuned to OverdriveOnline.com for more information about Perry, Snyder and Wilson. 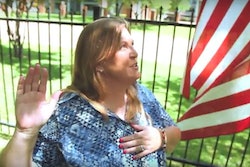 Just over a week left to vote in Trucker Talent Search