The 2018 Overdrive/Red Eye Radio Trucker Talent Search competition wrapped Friday at the Great American Trucking Show with Mandi Jo Pinheiro taking top honors and $1,000 for a performance of her original “Heartbeat,” a song sprung from a solicitation of the community of drivers asking about their favorite route to truck — and why.

“I got an amazing list, learned a lot of geography and put it into a song,” the independent owner-operator — in a team with her husband, William — quipped. The online community of haulers she engaged was filled, she added, with those who’ve come together over the last year and more speaking up against onerous regulations and proposing solutions to industry problems.

“This is dedicated to the ‘doers,'” she said, those working in any way they can to keep the good in “this industry that we love.”

In introducing her during the competition, longtime Trucker Talent Search emcee and trucker-songwriter himself Tony Justice noted he hadn’t “been able to put my finger exactly on what about [Pinheiro] just seems to captivate you — whether it’s the smile on her face or the words in her songs.” 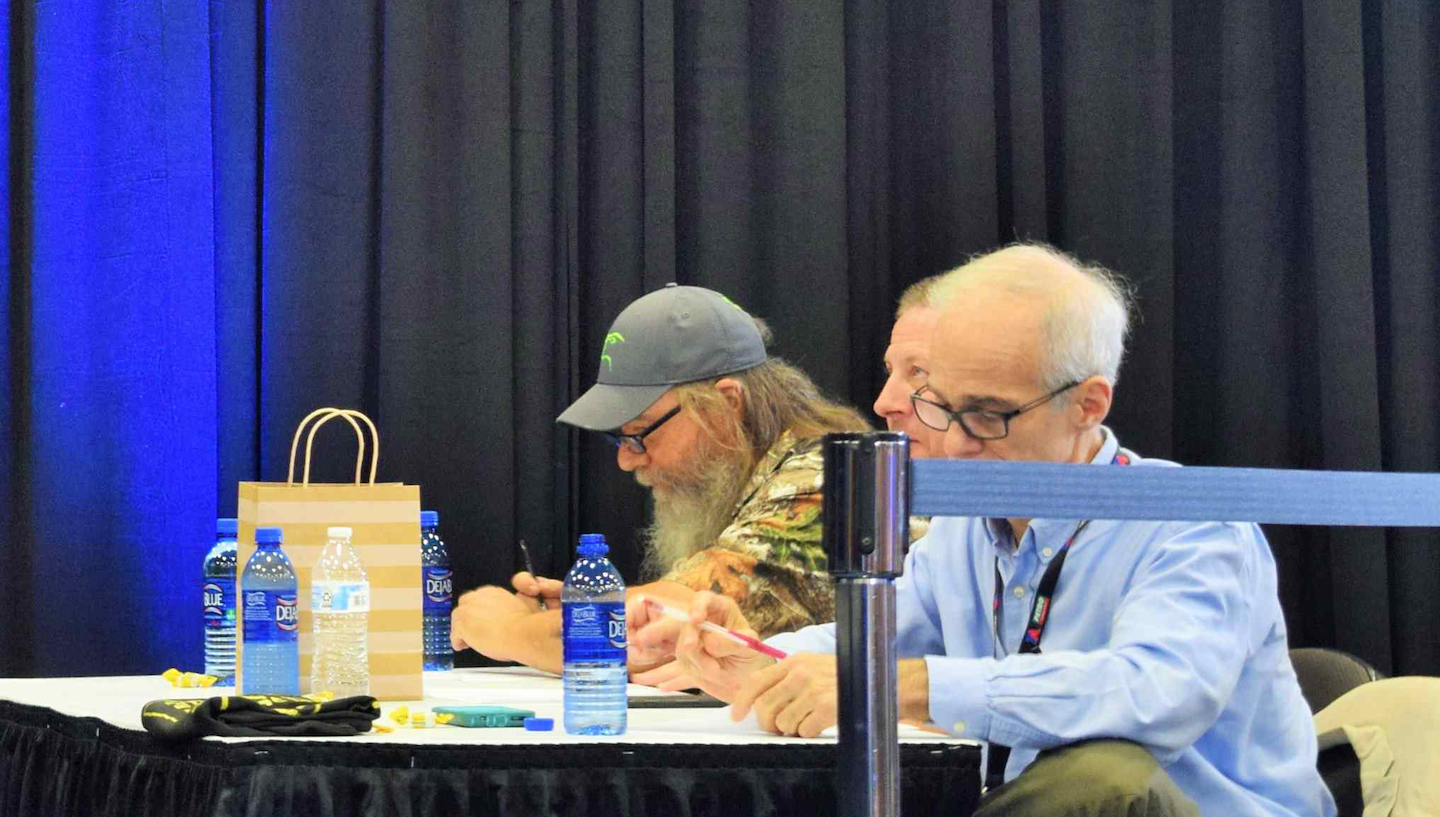 The judges at work, from left: “Mountain Man” Tim Guraedy from the “Duck Dynasty” show, Tim Walker of Westwood One, and Overdrive‘s own Max Heine.

The owner-operator from Twin Falls, Idaho, also comes away from the event with a recording session courtesy of the AxleOutPro company, longtime partner in the event.

Find video streamed to Overdrive‘s Facebook page at the bottom of this post as well as, below, more about the performances of Trucker Talent Search runners-up James Nelson and B.J. Williams, of Livingston and LaVergne, Tenn., respectively, both performing original songs themselves. 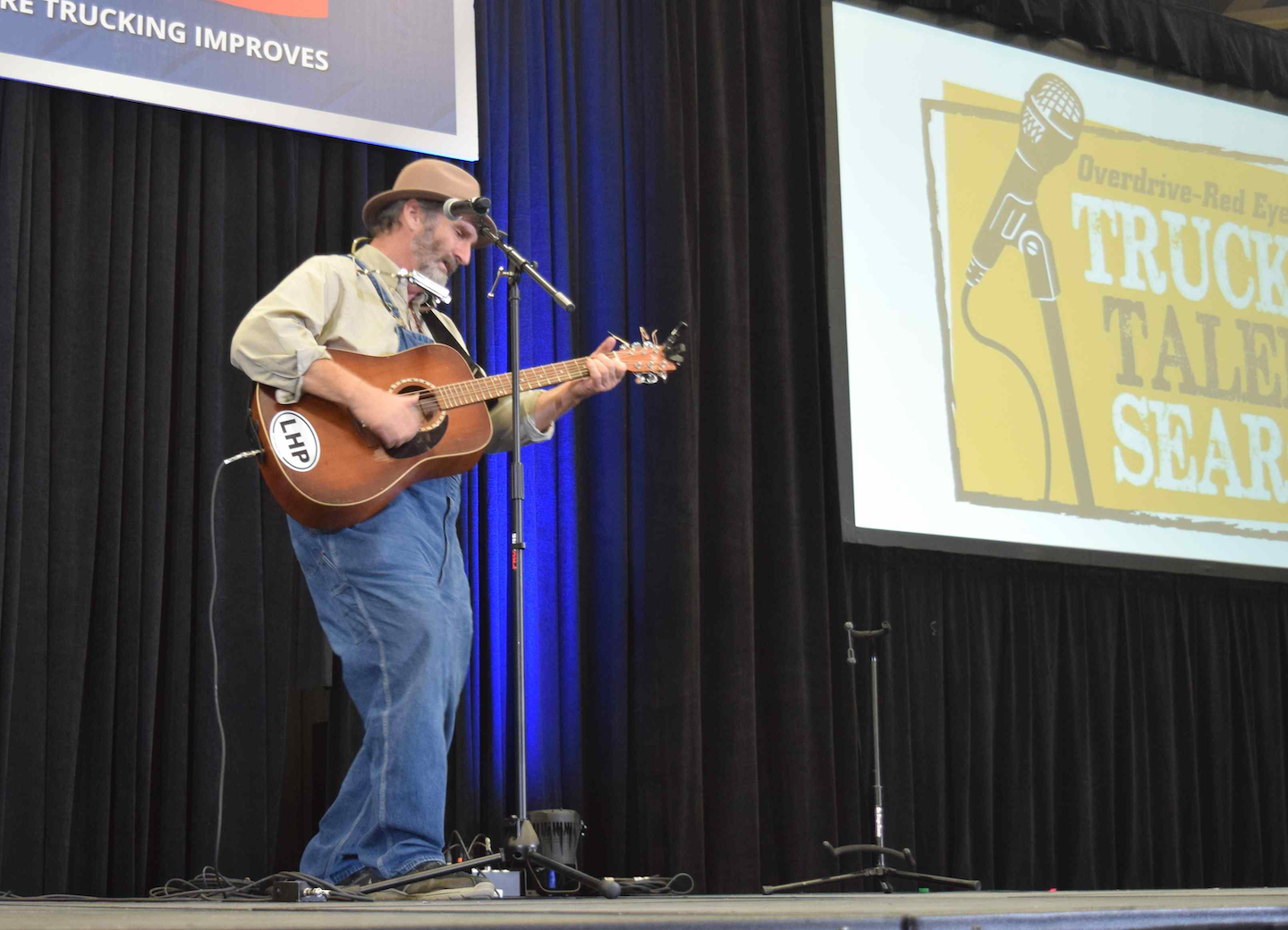 “Long Haul Paul” Marhoefer opened the event with his entry in the 2015 competition, in which he was a finalist — the original “Why I Drink” and another, “In My Final Mile.” 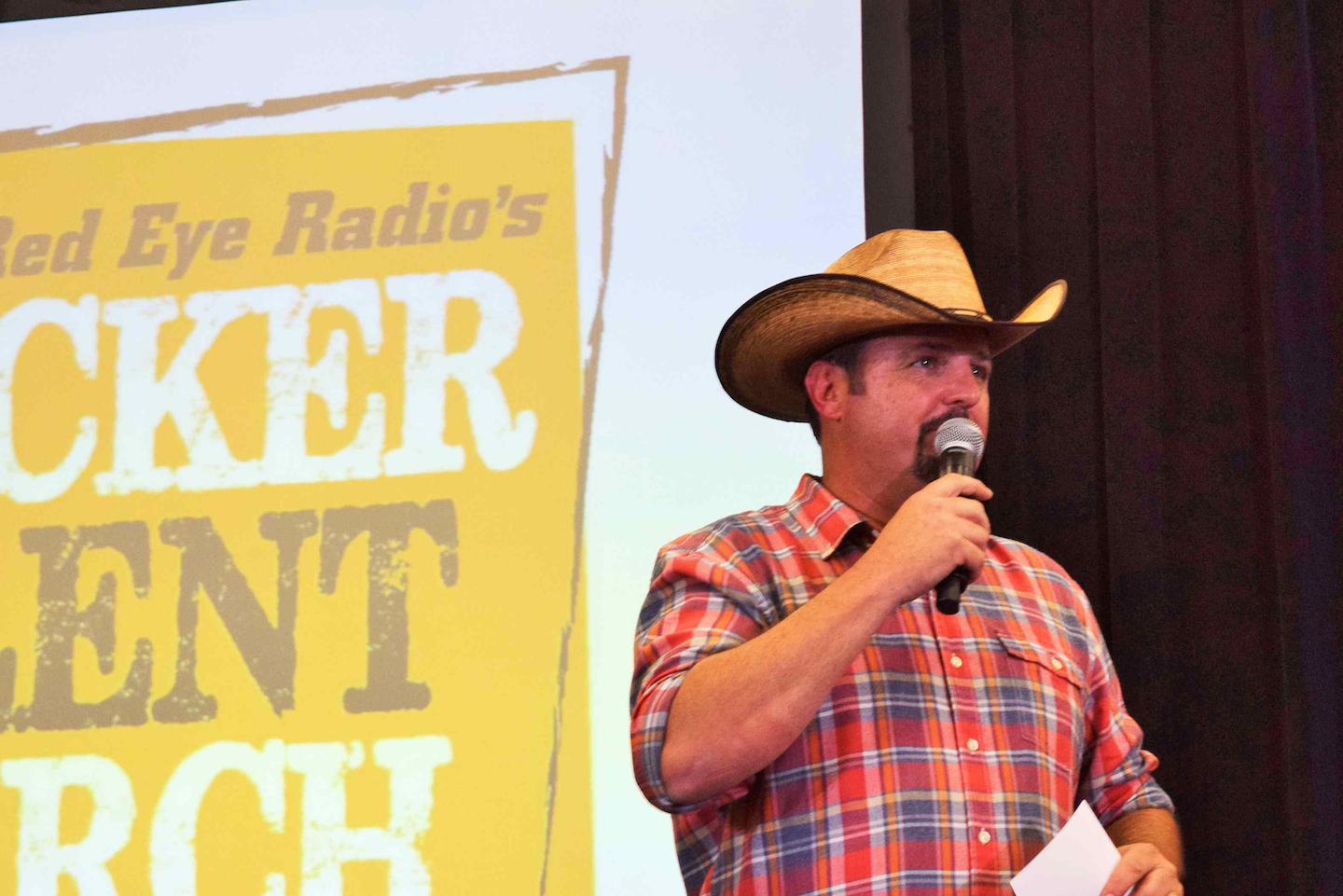 Singer-songwriter Tony Justice, longtime emcee of the event, spoke to the long-building respect in his mind for the truckers that “practice their craft while they’re delivering America,” how he started, and “having the courage to come out of their comfort zone, out of their trucks, to get up here and  play for you.” 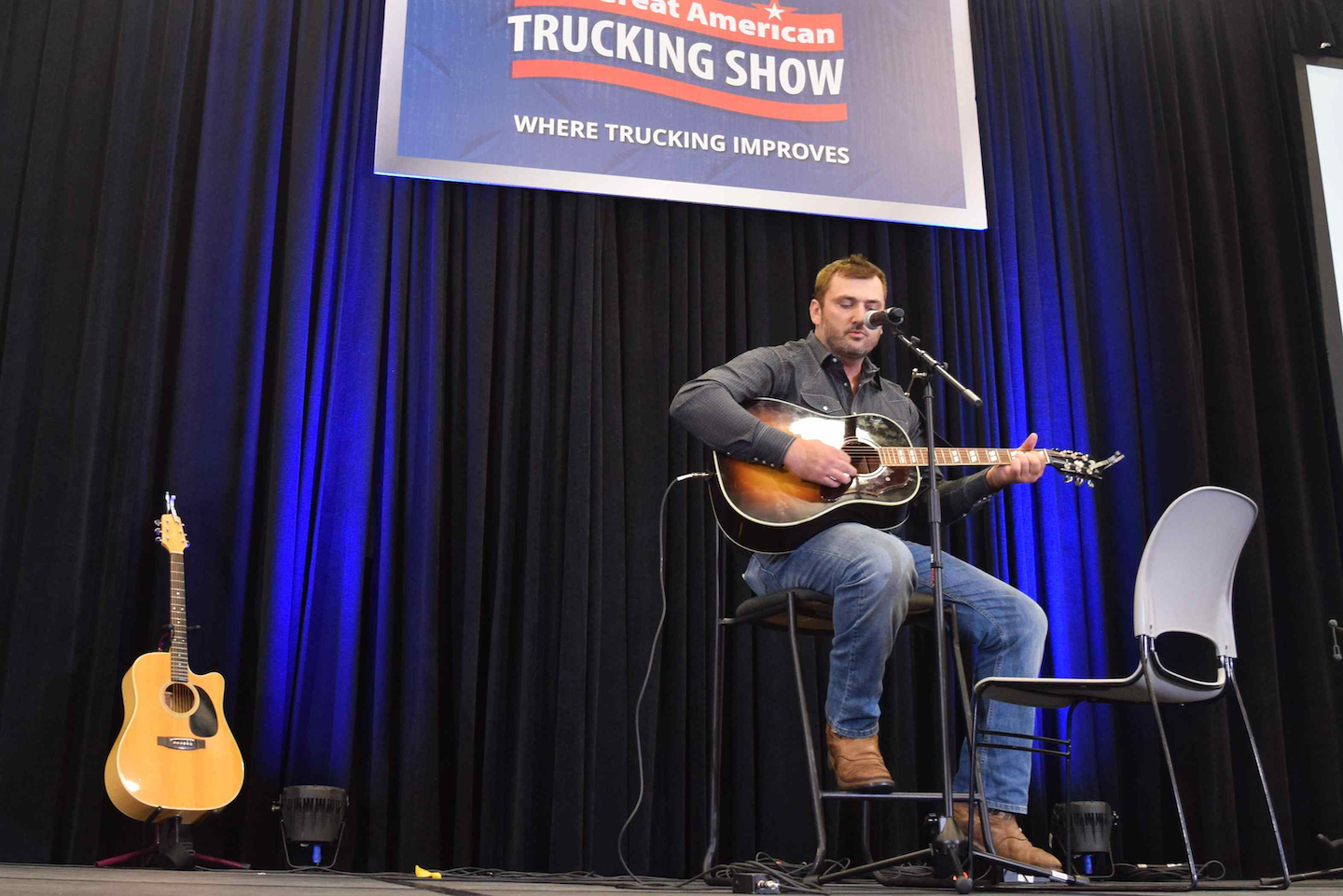 Driver James Nelson, who hauls for Nashville, Tenn.-based Accelerated, Inc., performed an original called “What I’d Do to Ride With You” in part about personal heroes of bygone days like John Wayne and Elvis Presley, among others. Streamed video from the day follows:

We’re going live with the Trucker Talent Search at #GATS! 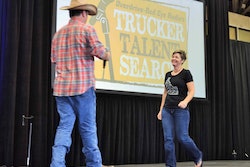 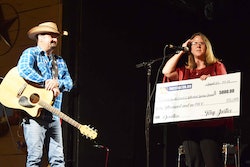