As the race to the shutdown  — the government shutdown, that is — drew near, on September 26 news came down of a surprising unanimity on both sides of the aisle in the House of Representatives. It was over a bill introduced a very short time earlier that would require the Federal Motor Carrier Safety Administration to pursue a full-blown rulemaking, with consideration given to the costs to the industry and more, if they want to regulate drivers’ medical certifications relative to the sleep apnea condition.

The bill sits in committee in the Senate, but as the House considered it FMCSA formally declared it would pursue a full rulemaking on apnea following thorough analysis.

And why were the trucking organizations so happy about this? It makes it highly likely any final requirements for consideration of the condition as a prerequisite to drivers obtaining their medical certifications would be longer in coming and they’d at least have input. If FMCSA goes that route, of course, and there are plenty of indications that they want to. Regular readers will recall the “trial balloon that went off like the Hindenburg,” as one owner-operator called it at the time, that was FMCSA’s erroneous proposal of formal guidance on the condition that was nearly to a word identical to the Motor Carrier Safety Advisory Committee/Medical Review Board’s final recommendations on screening/testing requirements for apnea, which you can read here.

In any case, many readers weren’t so sunny on the bill, responding in volume to the latest news. Here’s a round-up of some of the viewpoints:

Via OverdriveOnline.com
E.F. McHenry:  Like a staged game, this bill just nudges FMCSA to get to it with the appearance of making everything adversarial and controversial. I’m convinced guidance would have caused real controversy and litigation in the long run and forestalled a formal rule for many years, possibly even until the next decade it at all. The payoff to the main players in the Congress and Senate is crystal clear!

Commenting as “GSP”: This gives them a chance to say they did something while they do nothing about the real issues that threaten this country.

Commenting as “Truckertwotimes”: Out of two tests I had, one said I had it, so I bought my own machine and it didn’t help. Another test later said I didn’t have it and that doctor said there isn’t any gray area, either. You have it or you don’t, and either the machine works or it doesn’t.

Commenting as “George”: My wife was overweight and used a CPAP machine. Two years ago she had bariatric surgery and lost weight as a result. About four months after her surgery, she no longer required the breathing machine at night. Others we know that were diabetic had similar procedures, and no longer require treatment for diabetes.

Don Lanier: Drivers must get involved and be part of this rulemaking, and oppose this mandate, oppose its implementation and its abuse. The stigma of overweight drivers being unsafe is false, and wrong,

Via Overdrive’s Facebook page:
John McCormack: How about sleep apnea testing for noncommercial drivers? Let’s see if that one would pass.

Scott Noble: What I want to know is when they are going to make it mandatory for a hands-free device when driving a car… Oh I know why [they won’t], because they will never get it passed.

Weigh in yourself in the comments below the video — you can also read more of driver Ed Webb’s story via this link. 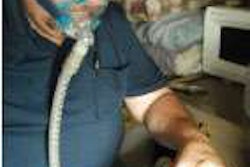 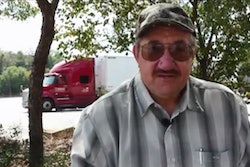 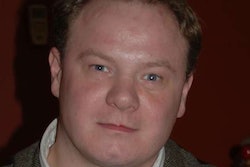