Reading my colleague James Jaillet’s report on the sleep-apnea-related seminar held at the Mid-America Trucking Show, a week and more back, I was immediately reminded of the case of Kenneth Dice of Romney, W.Va. Dice is a former OTR driver and owner-operator, now a retired part-time local hauler getting up in age and running a triaxle dump intrastate on a local highway project. Dice has been treated for sleep apnea with a Continuous Positive Airway Pressure machine for many years now. His longtime doctor, with whom Dice has worked to successfully treat the condition these many years, is no longer doing DOT physicals for medical recertification. He stopped giving them because of the nonsense that goes along with it,” says Dice, so when “my physical ran out … I came to a licensed practitioner’s office near my town. When she found out that I have sleep apnea, she said, ‘Nope.'”

The examiner, says Dice, essentially refused to certify him as medically fit to operate because he was being treated for apnea. Dice then turned to a former West Virginia DOT officer who said the examiner was flat wrong in her determination. “I have since talked to a federal DOT officer,” says Dice, who noted it was the examiner’s prerogative “not to pass me,” as he puts it, though sleep apnea is not as yet a condition that automatically triggers a DOT physical failure.

I’ve put in a call to the examiner’s office, but my message for the medical assistant there has yet to be returned. My question today has to do with what the rest of you have seen around the country. It wouldn’t be the first time inconsistent practices from docs’ offices relative to sleep apnea have been documented, of course, though West Virginia doesn’t appear to have an apnea-treatment-audit program similar to Indiana’s, documented in the story at the previous link. Anybody else in W.Va. seen similar from examiners there, by chance?

In the report on the MATS seminar, Greg McDermand of Phoenix Sleep Solutions warns drivers of docs’ growing perception of liability relative to sleep apnea and the willingness of many around the nation to test and treat drivers for apnea before certifying them through the DOT physical — even with the absence of any requirement for such in rules and guidance on the DOT physical. As Jaillet reported:

“Examiners are getting very aggressive because of liability,” McDermand said. “They’re not comfortable letting people walk out” if they may be at risk for apnea, he said.

McDermand went on to recommend that drivers “find a place to get tested so you can walk in with a clean piece of paper that says you’re treated with a CPAP or that says you’re negative and they’ll leave you alone.”

Such may not, however, have worked for Dice in this case. “If I could get a regular doctor to get recertified,” he says, “it’ll cost me another DOT physical and another $75.” All the same, there’s great import to it for him. “I’ll be 72 years old come Memorial Day,” he says. “I’ve got a lot of driver left in me, I’ll say, and while my health is really good I’d like to be able to work for at least another year.”

That he is being held up by his successfully treated sleep apnea “makes little sense,” he says. “I was certified and running interstate [for years with apnea] in a semi, but now I’m retired and working a part-time job in a tri-axle going nowhere, home every night to use the machine, and now I’m uncertified for it?” 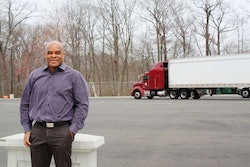 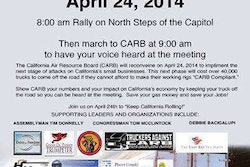