“I see no problem with it,” said longtime independent owner-operator Melvin Davis Jr., based in Michigan, asked about the notion of a new written test for carriers, owner-operators and intermediaries applying for interstate operating authority. “If they want to be in this business then they need to know what they’re doing and what the rules are.”

Texas-based Cody Blankenship, the owner-operator featured on Overdrive’s January cover tied to a story about running under your own authority, concurred that the “time is now to bring some knowledge and professionalism back to trucking…. Being an owner-operator or a fleet owner should be a coveted thing.”

Not all were sunny about the process of crafting the rule, however. Here’s reader Todd Ramey, following news of a series of listening sessions the Federal Motor Carrier Safety Administration began holding in January in their steps toward crafting the test and the rule that would require it: “Do you think they will even consider what a seasoned driver tells them? Their track record isn’t all that good.” Ramey offered up the example of the listening sessions devoted to the hours of service rewrite several years back, in which drivers issued a clarion call for greater flexibility. The result: less.

Few driver voices entered the conversation at the first listening session attendant to an American Bus Association conference in Nashville in January, but Hunter Owen of the National Association of Small Trucking Companies, as reported here, urged the agency to keep the rulemaking focused with testing on knowledge that is required by federal regulations and to look to the private sector to help in preparing New Entrants for both the exam and subsequent operation of the business. NASTC holds monthly New Entrant training seminars at its Hendersonville, Tenn., headquarters, Owen said. The seminars are geared toward preparing for the New Entrant audit as well as, more broadly, strategies toward profitability. The latter ought to remain outside the test’s scope, Owen and others said. All the same, Owen added, the test should be “much more than a teach-to-the-test exercise.”

One in four drivers, however, in subsequent polling (see above) viewed a knowledge of business practices as appropriate for new-carrier tests.

At the February meeting of the Motor Carrier Safety Advisory Committee meeting to FMCSA, broader New Entrant requirements were among top prioritized recommendations the committee made to Congress for inclusion in the upcoming highway bill. Owner-Operator Independent Drivers Association Executive Vice President Todd Spencer expressed bewilderment over the post-authority nature of the New Entrant audit, which his association opposes. Such audits typically occur a year to 18 months after the business is granted authority. While Spencer and OOIDA view the audit as a “waste of time and resources for all concerned,” he said, he suggested FMCSA might look to more focused, up-front vetting that happens for passenger carriers and household goods New Entrants to potentially “serve as something of a framework” for boosting vetting of Entrants in future.

“Whatever scrutiny FMCSA deems necessary to give a thumbs-up to a New Entrant should take place before the first mile is run,” he added.

In advance of further listening sessions upcoming in March at MATS and in April at the Los Angeles Commercial Vehicle Safety Alliance meeting, drivers can submit formal commentary on the testing using docket number FMCSA-2001-11061 at regulations.gov. Find further reader commentary below:

Via OverdriveOnline.com:
Norman Ott: This [test is] just another way to get control of private businesses. I don’t know of any other business that has so many agencies depending on them for their paycheck.

Andrea Sitler: Our northern neighbors already require that you prove you know the rules before you can play the game. It just makes sense. As a DOT consultant, I am called out to too many companies that have DOT authority and are clueless as to the regulations. This should never be! How can you be a business person, a lawyer, doctor, painter, carpenter or any other professional if you do not know the rules and ways? To me; this is common sense. We had to pass a test to gain our license to drive and other business licenses. Those desiring the privilege of having a DOT number should have to do the same.

Via Facebook:
Shawn Hubbard: Test wouldn’t prove anything. I would like to see a class in professionalism, integrity and etiquette instead.

Dave Barnes: It’s just about more money. Anybody can pass a test. They need to stop coming up with ways to take more of our money. 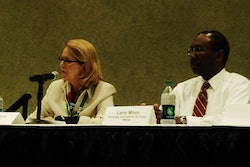 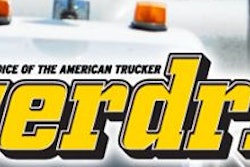 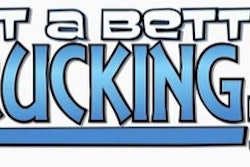 POLL: Have you heard about Truckers Against Trafficking?