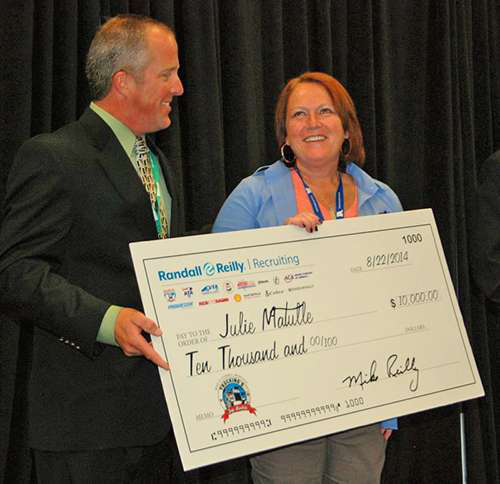 She received the award, including $10,000 and a variety of prizes, today in ceremonies at the Great American Trucking Show (GATS) in Dallas. Brad Bentley, editorial director for recruiting media at Randall Reilly, made the announcement.

Chosen from a field of 10 finalists, Matulle worked around trucking for many years but never in it. She ran the fuel desk at the Planeview Travel Plaza before spending 19 years in the shipping department of a major orienting company. She attended Fox Valley Technical College’s driving program.

“I’m taking my mom to see the redwoods (in the Pacific Northwest),” Matulle said about how she will spend her prize money. “I think we’ll get a convertible.”

In her application for the contest, Matulle wrote: “As a single parent I chose to make sure my kids were raised and their feet firmly planted on the ground before I took a big chance, quit my job and signed up for driver training school. I have always been raised knowing anything you want in life you can have, just some things you need to work harder to achieve.”

Her colleagues at H.O. Wolding say Matulle is no stranger to hard work. She averages more than 2,600 miles a week hauling paper products between Wisconsin the southern states. In about this time the last year, she has driven 102,000 miles.

The other finalists included:

Each of the semifinalists received $1,000.

Matulle also received a one-year membership in Women’s In Trucking. 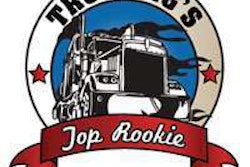