The Owner-Operator Independent Drivers Association and the American Trucking Association say the Surface Transportation and Maritime Security Act would enable TWIC holders to get their hazmat endorsement without redundant background checks.

It also would require the Transportation Security Administration create an advisory committee of stakeholders from trucking and other affected industries. That committee would report annually to Congress its recommendations for improving surface transportation and maritime security. In response to the report, the agency would have to outline its plan for adopting a recommendation or justify rejecting a proposal.

Republican Sen. John Thune of South Dakota introduced S. 3379, which was referred to committee with four co-sponsors Sept. 26. The chairman of the commerce, science and transportation committee said bill the bill would correct transportation security shortcomings, including issues recently reported by the Department of Homeland Security’s inspector general. 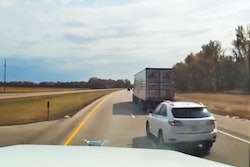 ‘Slow Down’: More near misses caught on dashcam 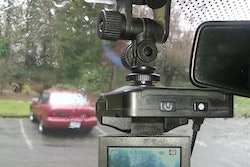 POLL: Is there a video camera in or on your truck?