Among more than a few sarcastic name suggestions like “Ditchy SmashenCrash” and Aaron Johnson‘s “‘Super Trucker,’ since everyone that comes out of trucking school thinks they are the best of the best,” some readers proffered more serious ideas for the folks behind the Trucking Moves America Forward campaign, a public-image-improvement effort spawned four years ago with an alliance of major industry associations and participants.

Among possible names offered for the pictured trucking “mascot,” via Overdrive‘s Facebook page:

Among other suggestions was “Overdrive,” and several readers chimed in to criticize the entire idea:

Lance Chris Ringler: You want to improve our image, then start teaching drivers to be more courteous on the road [rather than] hogging the middle lane, and taking 20 miles to pass. All that does is make the general public hate us more.

Mike Suehring: How about “Dumbest Idea Ever.” A little long-winded, but I think it says everything that needs to be said about this.

Representatives of TMAF originally noted a voting round would open on suggestions they’d received via the campaign’s Facebook page or email to mascot@truckingmovesamerica.com. 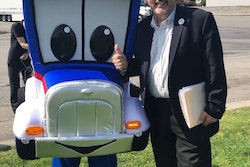 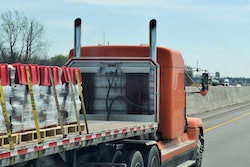