Fuel-hauling small fleet owner-operator Dave Marti of Forrest, Ill., picked up this trick from a fellow truck-show participant around the time he started showing his Peterbilt equipment, more than 10 years ago. “The bushings where the hood rests” in Pete model 359s, 379s and 389s, Marti says, “have a tendency to squeak” with every little bump in the road. Traditionally, greasing has been the way to combat it, but a sock placed over the support does the trick just as well.

Once the particular part of the sock you’re using wears out, he adds, “you can pull it down and use the next part – about twice a year I have to get a different sock” for each support as a replacement.

Benefits include avoiding the mess that can come with excess greasing (and the expense of the grease itself) and giving new useful life for a commonly cast-off item. “These aren’t new socks, they’re my old socks,” Marti says. “Sometimes, the best little tricks in the business don’t cost you a lot of money.”

More from the “Highway Hacks” series. 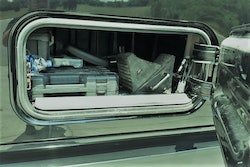 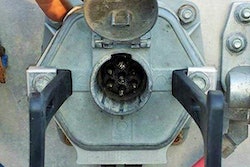 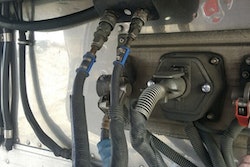 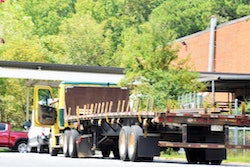 POLL: Have detention times improved since the ELD mandate came into play?