Carriers in Comprehensive Safety Analysis 2010 test states have been to the mountain and seen the New World Order. Some report that, yes, it is a massive, intrusive project. But there’s a good side – or at least “good for you,” in that it’s precipitating some long-overdue practices that enhance safety, efficiency and fairness for the driver and carrier.

That point was evident in comments made by Aaron Thompson, vice president of operations for Kansas City, Mo.-based American Central Transport, at this summer’s CCJ Symposium 2010, put on by Overdrive’s sister publication Commercial Carrier Journal.

Many changes he spoke of relate to logs. CSA 2010, for which the nationwide rollout has been delayed until December, doesn’t mandate electronic onboard recorders. But its intense data scrutiny makes using EOBRs a common-sense approach to satisfying the feds while improving day-to-day efficiency. ACT has put them in 40 company and owner-operator trucks, Thompson says, and plans to add more.

Even among drivers who were skeptical at first, “the feedback has been it’s less work, less stress,” Thompson told me. ACT has a waiting list of drivers who want in on the program. Imagine that!

Here are other notable points Thompson makes about CSA 2010:

• Since a delay at a shipper or receiver can mean a violation for a trucker who’s out of hours and forced to drive away, ACT is talking with customers about emergency truck parking. “They’re pretty understanding – most of them,” Thompson says. Likewise, when a loading delay affects delivery time, ACT is quicker to reschedule.

• With more emphasis on accurate logs, drivers are planning trips better, to their benefit. ACT’s company drivers using EOBRs have recently averaged 50 to 125 miles per week more than their peers.

• Drivers’ pre-trip and post-trip inspection frequency has improved. “They know violations will stay on their records for the next 36 months,” Thompson said.

• Instead of procrastinating minor repair jobs, such as broken lights, drivers are making more visits to the company’s express bay to avoid tickets that could damage their careers. For the same reason, calls have increased to the company’s breakdown line to get minor problems fixed on the road, and drivers are quicker to file reports of trailer damage by shippers and receivers.

None of this is to say CSA 2010’s benefits will far overshadow its problems. For example, still unresolved is finding a fair way to relieve a driver and carrier of responsibility for a cargo securement violation in a sealed van that’s the fault of a shipper. (ACT’s effort on this is “a work in progress,” Thompson said.)

Because it creates such a huge labyrinth of regs and data, CSA 2010 almost guarantees inconsistencies, rampant errors and mind-numbing recordkeeping. That will be a little easier to swallow if, indeed, it brings substantial improvement to longstanding problems with hours of service, abuse by shippers and receivers, and safety standards for equipment. 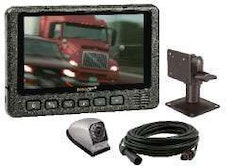 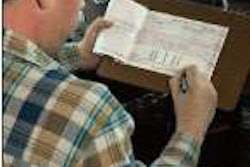 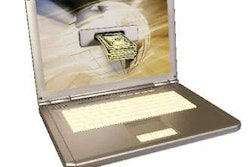 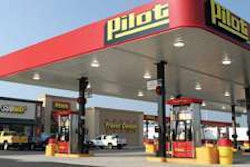