Interstate 44 and U.S. 71 were reopened Monday morning after the twister roared through, overturning tractor-trailers and damaging businesses and homes.

Vince Luckey, owner of Luckey Transfer of Street, Ill., said one of his tractor-trailers carrying a hazardous materials load on I-44 westbound was lifted off the highway by the tornado and carried about 600 feet before landing off the road. The driver told Luckey he was shaken up and slightly injured in the incident. Luckey said a crew has been sent to investigate the status of the 75,000-lb. load of soap packets.

The driver recounted seeing at least 40 tractor-trailers overturned along the highway, Luckey said.

Missouri officials have suspended some trucking regulations following the deadly tornado. The state’ public safety department suspended regulations affecting truckers regarding hours-of-service and permits for oversize/overweight permits and International Registration Plan until 11:59 p.m. May 28. Affected truckers should keep a copy of the declaration in their truck, which is available  at www.modot.org/mcs/documents/EmergencyDeclaration11-3.pdf.

Confirmed deaths rose to 125 May 24 in Jasper County, where Joplin is located. Missouri Department of Public Safety employee is providing updates in the region at http://dps.mo.gov.

Oklahoma City’s MHC Kenworth was handling calls that would have normally been received at the Joplin MHC Kenworth, which was closed after the tornado. More information was not immediately available.

Glen English, manager of Joplin’s 4 State Trucks and home of the Chrome Shop Mafia, said the tornado left the store unscathed. The retail location was open for counter business only as some employees were helping other Joplin residents, he added.

As of mid-afternoon May 23, power was on at Con-way Truckload, said Tom Nightingale, a vice president with the Michigan-based Conway Inc. Eight of the 500 employees at its Joplin location had non-life threatening injuries, but all employees are not yet accounted for, he said.

The company had been able to continue regular operations on generators. Its 32nd Street offices were unoccupied during the tornado, located on the edge of what was twister’s path. The main building’s damage was limited to mostly broken windows, but a maintenance facility adjacent to the main building was seriously damaged. Thirty nearly empty trailers and two tractors were damaged or destroyed.

The DPS has recommended people fuel in Springfield or Oklahoma.

The tornado left St. John’s Regional Medical Center significantly damaged. Freeman Health System currently has limited power and no phone lines, but all employees have been asked to report to work.

City officials recommend those who are seeking or wanting to provide information on missing persons call (417) 659-5464. The DPS reported people can also check on loved ones in the affected area at https://safeandwell.communityos.org/cms/index.php.

Joplin has the highest concentration of truck drivers per capita in the nation at 69.94 drivers per 1,000 jobs, according to the Bureau of Labor Statistics.

The Flying J at exit 11 off I-44 took a direct hit and is closed until further notice, said a Flying J spokesman. He said no one was injured at the facility. A Pilot location at exit 4 off I-44 is open for business. The Joplin 44 Petro truck stop apparently was not damaged. Truckers were advised to avoid the Joplin area for fueling as electricity hasn’t been fully restored, according to the Missouri Department of Transportation.

The Missouri governor has activated the National Guard to assist local officials. A state of emergency was declared for the area near the Kansas and Oklahoma borders.

— Jill Dunn contributed to this report 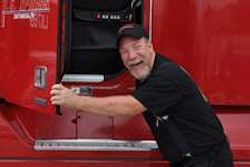 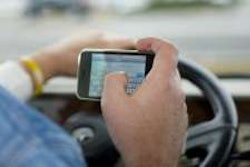