Sponsored by Mobil Delvac, the concert will be in Freedom Hall of the Kentucky Exposition Center. Complimentary tickers will be available at Mobil Delvac’s Booth #18160 in the North Wing.

“For the fourth consecutive year, the team behind Mobil Delvac heavy duty diesel engine oil is happy to bring the Driver Appreciation Concert. It gives Mobil Delvac an opportunity to express our thanks to all of those hard working drivers on the road, who play such an important role in our economy,” said Marci Crigger, commercial vehicle lubricants marketing advisor for ExxonMobil Lubricants and Petroleum Specialties Co. 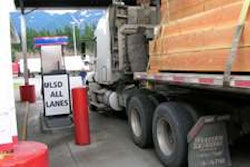