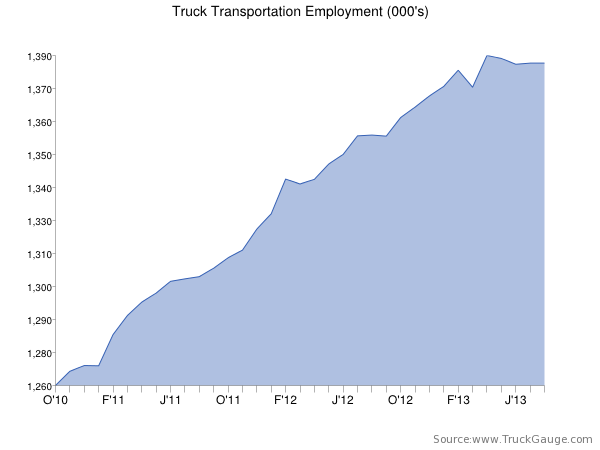 After a month of stagnation in employment (August), the for-hire trucking industry saw a small uptick in September, adding 1,000 new payroll jobs in the month on a seasonally adjusted basis, according to the Bureau of Labor Statistics monthly unemployment report, which was delayed nearly two weeks due to the government shutdown.

The U.S. economy in September added 148,000 total nonfarm jobs. That number is about 30,000 fewer than economists predicted, but the unemployment rate continued to fall, dropping to 7.2 percent.

Driver shortage: Countdown to a capacity crunch and boost in rates?