A transportation legal expert didn’t parse his words when talking the Compliance, Safety, Accountability program with fleet executives at the American Trucking Associations’ annual convention last month, especially when it comes to the agency’s ability to sidestep the rulemaking process and implementing “backdoor regulation.”

Rob Moseley, an attorney and head of the Transportation Industry Group at Smith Moore Leatherwood law firm in Greenville, S.C., told the audience “CSA is just the whim of FMCSA.”

Mosely, however, didn’t stop his CSA-bashing there, saying the CSA program is “an abandonment of FMCSA’s duty to regulate safety,” before rattling off a long list of ways that CSA does not work:

Enforcement inconsistencies from state to state: As noted in extended Overdrive coverage on CSA and its data, states target different items, which puts drivers and small and large fleets on different playing fields than their peers.

Reporting inconsistencies from state to state: Some states have trouble getting inspection data into the CSA system, again presenting large inconsistencies depending on where drivers and fleets operate.

Issues with the DataQ system, the dispute system of CSA: Enforcers must review and approve their own work, which they don’t like.

Due process problems: Carriers can challenge and win citations in court, but the process of removing citations and their impact on CSA scores is difficult, not to mention the scores are public and can be seen by customers, shippers, brokers and the general populace.

Mysterious math and relative rankings: The math that determines CSA’s percentile scores is tricky by itself, but it’s made much worse by the fact that the scores are relative to other trucking companies and drivers, which doesn’t give a clear picture of actual safety risk. Also, as the lowest scorers either improve or are shut down, those that were in the middle now are at the bottom.

Measuring compliance instead of safety: Some of the CSA scoring categories (BASICs) deal solely with compliance, rather than safety. Things like form and manner on driver logs or flickering trailer lights don’t really reduce accident probability, Moseley said, but do ding CSA scores, which are supposed to be measures of a carrier’s crash risk.

Unreasonably low threshold for targeting carriers: According to scores in the CSA system with “alerts,” about 50 percent of carriers are above the target threshold, Mosely said. Does that mean half of the country’s carriers are unsafe?

Drop a comment below to tell us your biggest beef — or a specific story — about a potential CSA flaw. 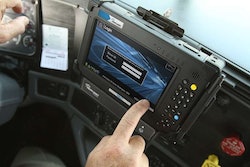 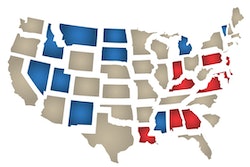 Lawsuit against CSA could see decision within 6 months, attorney says