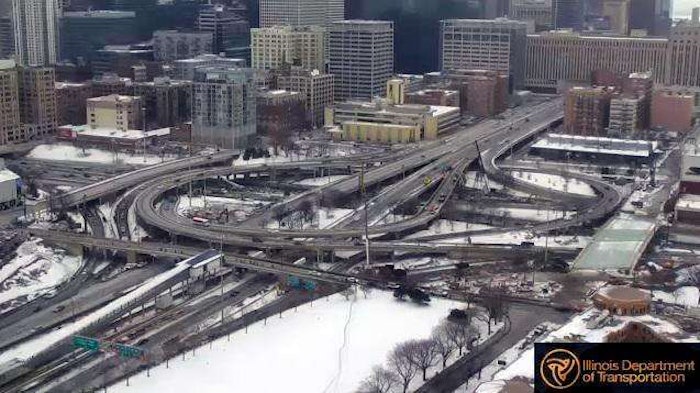 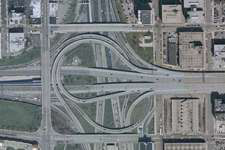 A $475 million upgrade to the link between the northbound I-90/94 Dan Ryan Expressway and the I-290 Eisenhower Expressway westbound in Chicago gets under way March 7, announced the Illinois Department of Transportation. According to IDOT, the so-called “Jane Byrne Flyover” to I-290, part of a larger reconstruction project focused on the notorious Circle Interchange, “will replace the existing single-lane, winding ramp with a two-lane ramp and bridge that begins just south of Roosevelt Road and arches over Harrison Street, the rest of the Jane Byrne Interchange, and Halsted Street, before connecting to the outbound Eisenhower near Morgan Street.”

Ramp to ramp, the entire structure will be about a mile in length and stands to improve efficiency and traffic back-ups on the northbound Ryan.

Delays at the Circle Interchange had perennially earned the freight bottleneck the number 1 spot in the American Transportation Research Association’s Top 10 most-congested spots on the highway system for freight before this year, when I-95 at the beginning of the George Washington Bridge in Fort Lee, N.J., took No. 1.

Later this summer and fall, IDOT, in conjunction with the City of Chicago, will be scheduling closures on some parts of the expressway system at the Circle Interchange to facilitate the placement of the flyover’s beams. During those weekends, access to Congress Parkway will be closed to incoming Eisenhower traffic and multiple lanes will be closed on the Dan Ryan and Kennedy expressways. Follow updates via CircleInterchange.org. 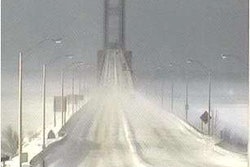 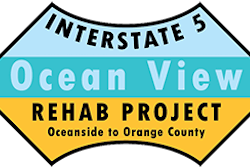 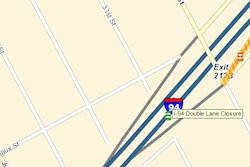 Here are the 10 most congested intersections for truck freight