We’ve all been approached, either on the CB or in person, at truck stops with people selling various items. We’ve been offered everything from laptop computers to baby ducks, but I think Tim Bell may have called me with one I can’t top.

We love ol’ Tim, he was our dispatcher when we had one, and he moved on shortly after we did to the job of Terminal Manager for Hogan in West Chester, Ohio. Timmy regularly passes things of interest on to me. He knows I love the weird and supplies me with it whenever he finds it lurking.

Tim called the other day and said, “You ain’t gonna believe this one.”

Now generally, when a trucker or someone involved with the industry says that, I don’t believe it, because it’s usually a trucker tale, picked up somewhere at a Counter of Knowledge. But Tim is a reliable source, I trust pretty much everything he tells me.

So when he starts the story off with, “One of my trainers was telling me about this guy walking around the truck stop, carrying a five-gallon bucket…” I was prepared for an outdoor toileting story, but I swear, the actual event was almost worse.

It seems the trainer watched a guy carry a five-gallon bucket around from truck to truck, selling used dentures. And if that’s not bad enough, he watched someone try a set on. This trainer has been a trucker for more than a minute, and even he was kind of horrified, and that’s saying a lot.

So many questions come to mind.

Where in hell did he find enough used dentures to fill a 5 gallon bucket? Is he a grave robber, or worse, does he jack old people for their teeth? And what about his customer base? Is dental care on the road so bad that we’re reduced to buying used dentures? How bad do you have to want a set of choppers to buy them from a guy in a truck stop parking lot? Hey – do those things come with a warranty?

Just another example of the extraordinary things you see on the road. It’s a wild world out here, get ya’ some of it. 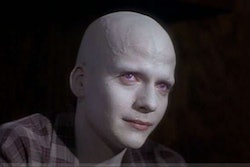 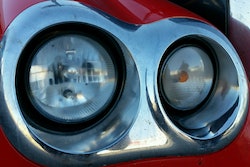 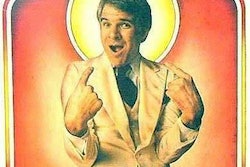 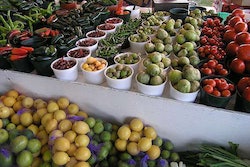