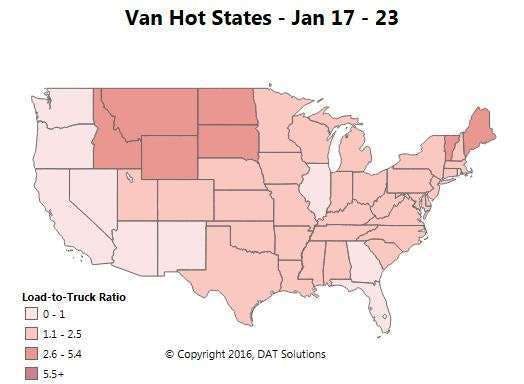 DAT’s Hot States map as a general rule got lighter last week, reflecting declining demand on the spot market for trucks pulling dry vans — the load-to-truck ratio fell from 1.7 to 1.5 loads per truck. That brings the ratio for January to date down to a seasonally tepid 1.9.

As with the last update, the demand lull on the West Coast continues, likewise in Florida and Georgia, with areas of intense demand in the Upper Midwest and Idaho.

Demand is likely to heat up in the Mid-Atlantic and Southeast regions this week, as the area digs out from under 2 to 3 feet of snow. Be sure to check on road conditions and outbound load availability before you go in. 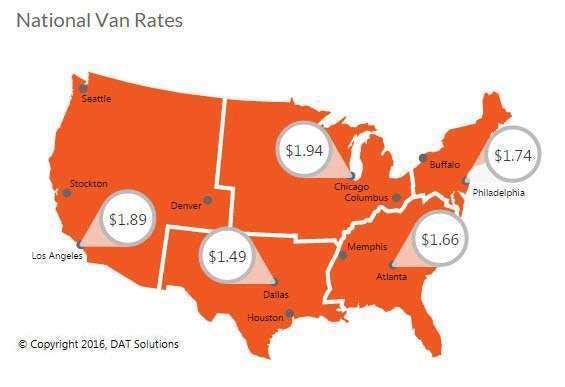 Van rates fell another 3 cents to a national average of $1.65 per mile last week, including a 1 cent decline in the average fuel surcharge. Pent-up demand may drive rates up on the East Coast this week.

Rates rose in select areas, however, despite what DAT’s Ken Harper calls this time of year, historically “a down time” of the calendar.

There are some bright spots on particular lane for vans, however, as he points out: 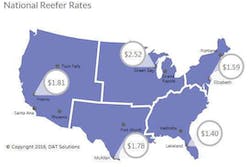 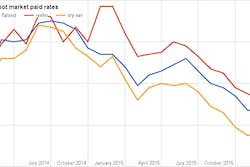 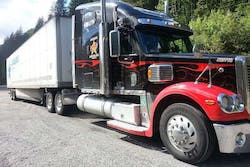 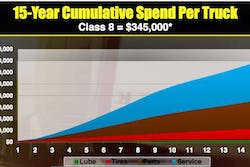