As a preamble to this week’s update on reefer, van segments from recent spot market activity on DAT Load Boards, DAT’s Ken Harper offers the caveat that, as many of you no doubt are seeing, “we’re still at a point with freight volumes that we should be referring to our Hot Market Maps as ‘Warming Market Maps,’ but freight volumes are improving.”

What that usually means this time of year is that rates will follow, he adds.

National average rates fell a few cents for both vans and reefers last week, after the end-of-quarter spike covered last week. Loads are readily available for van in the Southeast, and reefer demand is building in California. As demand increases, rates should start to rise, so keep an eye on trends in the top lanes for your equipment type. 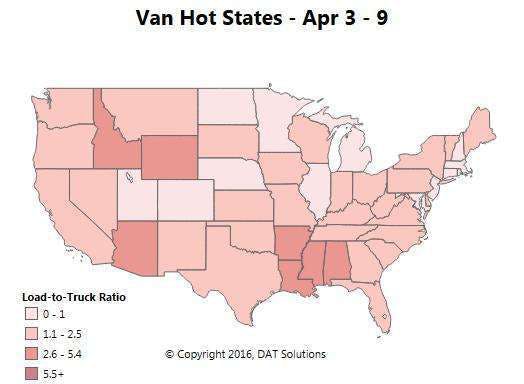 States where van owner-operators ought to feel confident in negotiations, showing some of the highest load-to-truck ratios in the last week, include Arkansas, Louisiana, Missisippi and Alabama. Three Southeast regional hubs, meanwhile, are in the top four cities for load posts on DAT load boards: Atlanta, Charlotte and Memphis. It’s also getting easier to find loads out of Chicago, so outbound rates could begin to rise. 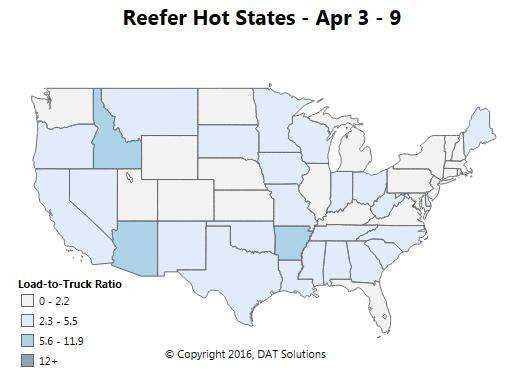 While demand lagged nationally for reefers, it’s heating up in California, though it doesn’t show up as a hot state on the map. There is more reefer freight leaving Los Angeles, and outbound rates are expected to rebound soon, after a quiet week. The bright spot was Ontario, Calif., where freight volume and rates got a boost from produce harvests in the Coachella and Imperial Valleys. Reefer loads are also readily available, and there is often a shortage of trucks, along the Mexico border in Nogales, Ariz., and McAllen, Texas. The top market for reefer loads is still Atlanta, a major hub for produce shipments to and from the Southeast. Strawberry season is starting soon in Southern Georgia, followed by peaches, so look for reefer loads in Macon and Tifton, as well as Atlanta, in the next couple of weeks.

While outbound reefer’s picking up from Atlanta, the Atlanta-Chicago lane’s average rates over the past week were earning the lane designation as “backhaul” — just $1.29 a mile. While better rates out of Chicago, the roundtrip average was $1.68.

Breaking up the run from Atlanta withh a load to another market with lots of reefer loads — Charleston, W.Va., in this example, with a very-high 6.8 loads-per-truck this week — could bring you an extra $1,200 in revenue, based on the averages. That’s $3,600 instead of $2,400 on the entire round.

At once, it can sometimes be hard to find a load from Charleston to Chicago, so take a gander at some different combinations – Decatur, Ala., or Greensboro, N.C., are two other decent options. 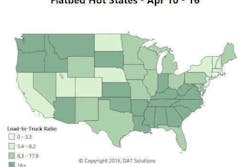 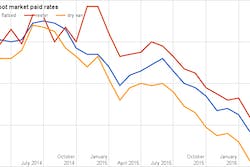 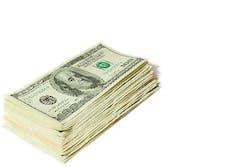 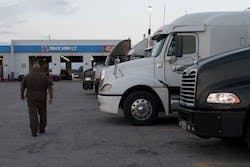