Van and reefer rates were mostly in a holding pattern last week on the spot market, DAT reports, after the decent rate/volume performance for flats and van noted in last week’s market update:

The national averages for both reefers and vans stayed the same as the previous week: $1.64 per mile for vans, and $1.93 per mile for reefers.

This stability held, despite a 1¢ decline in the average fuel surcharge, meaning base linehaul rates nudged up a bit.

Reefer trends will likely have a big influence on van rates in August. If apple harvests are strong, van rates will tend to rise, as fewer reefer trucks compete for van loads. All in all, we’re seeing positive trends as we get closer to the fall freight season.

As noted above, Buffalo, N.Y., to Allentown, Pa., is a great roundtrip all things considered, the average rate per mile up to $2.20 for vans. The length of haul is 674 miles for the roundtrip. That would be great mileage for a one-day trip, but you probably can’t do the full 674 in a single day with loading and unloading. If you want to add more loaded miles on that second day, there are several options for a well-paying two-leg route on the return.

Consider a run from Allentown west to Pittsburgh, closing the loop from Pittsburgh on a relatively short hop, 219 miles, back to Buffalo. Based on recent averages, the three-leg round would bring in $2,100 instead of the $1,500 that you’d get for a straight round trip. You shouldn’t have a hard time finding loads for any of the three legs, and the rates are trending up on all three lanes. Examine further details in the graph below. 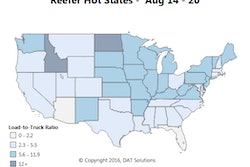 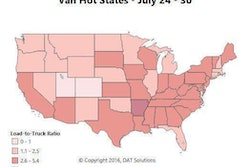 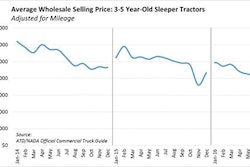