At Truckstop.com’s Connected 2016 user conference in Dallas Thursday, Nov. 4, Chief Marketing Officer Brent Hutto was joined by FTR Transportation Intelligence Senior Consultant Noel Perry to introduce a long-awaited feature that is coming to its relatively new Rate Analysis benchmarking and business-intelligence product in the first quarter of next year. The Rate Forecasting tool, Hutto said, would allow you to “predict the future” in a sense, offering the ability for carriers and brokers to see with some confidence just “where you’re going with rates.”

Perry said Truckstop.com’s wealth of point-to-point rate data going back many years now was something of a holy grail for his work in forecasting. The typical economic-forecast slide Perry produces might be based on “about 10 pieces of actual data,” he said. “After I made a partnership with [Truckstop.com], I produced a slide that had 25 million pieces of data.”

The tool will be first available in the “rate marketplace” portion of Truckstop.com’s relatively new “Rate Analysis” tool, Hutto said, in the first quarter of next year.

The importance of it Perry viewed in the context of its potential use in day-to-day business decisions made by carriers and brokers, something that he felt held greater import than the high-level strategic advice he’s been able to deliver for many years as an economist: “It’s nice to know that in my advanced age, I’ve finally become relevant.”

The day after the Chicago Cubs won the World Series, sweeping the last three games to come back from a 3-1 deficit, Perry made an analogy to describe the forecasts’ usefulness: “Nine days ago a whole bunch of us sat in front of the TV and said, ‘I hope the Cubs win.'” Maybe some bet a lunch or a dinner with a colleague on the outcome, based on that feeling. “Most of you and the industry approaches future rates in the same way. … ‘I’ve been making good money on that lane, and I hope I’ll keep making good money on it.'”

Others, however, “put actual money on the outcome of the series,” Perry said, “and they didn’t do it on feeling. They did it on data on the past performance of the teams.” Nearly everybody “came up with the conclusion that the Cubs were the superior team.”

But in forecasting, it’s important to control for the reality that “things don’t always turn out like they did in the past.” In the new rate forecasts, the probability of “getting a different performance” is controlled for, Perry noted. “We look at the future – how powerful are [rate-influencing] trends” such as the likelihood of an economic downturn, for instance, or the electronic logging device mandate?

Changes in the forecasts, too, will show how much fuel, the base rate and seasonality are contributing, Perry said.

Hutto noted he hopes the tool will bring more transparency to the marketplace on rates between carriers, brokers and shippers. “The entire industry can benefit,” he said, in the areas of “budgeting, benchmarking” and “preparing for anomalies in rates that are likely to happen.”

Other product highlights over the last year for Truckstop.com
Load Tracking and Truckstop Mobile
Truckstop.com’s new Load Tracking feature is available via integration within the freight-matching marketplace. The feature will allow carriers to limit check calls by allowing load track from pickup to delivery. Carriers do not have to have a Truckstop.com freight matching subscription to use the load tracking service in the app, formerly ITS Trucker and recently updated and renamed Truckstop Mobile. The new release provides a simplified user experience with enhanced functionality.

Rate Analysis
The cloud-based rate platform was introduced this year, allowing users to utilize market data and their rate history to make quick, data-driven decisions on rates. Rate Analysis charts data on paid rates from across the first-of-its-kind “Rate Marketplace,” with rate data from Truckstop.com’s ecosystem and third-party partnerships with industry leaders.

LoadPay
Aimed at simplifying the payment process for owner-operators on loads booked through Truckstop.com, the app/service allowing carriers to choose just when they’re paid for the load, also removing the need to continue to call a broker or shipper to inquire about a payment, for at most a 4 percent fee. Brokers signed up for the service are certified by Truckstop.com, the company says. Loads with the LoadPay service available will be marked on the Truckstop.com loadboard with “LP.”

CargoShield
CargoShield, intended primarily for brokers, offers standardized cargo insurance coverage and “removes the necessity to prove carrier negligence or liability coverage.” An “all risks” coverage, CargoShield provides the broadest form of insurance throughout the U.S. and Canada, covering Acts of God, loss of control, unattended vehicle, and many others. 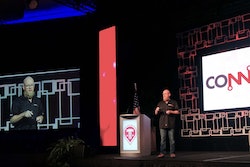 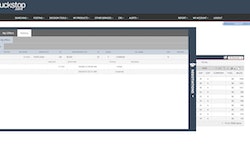 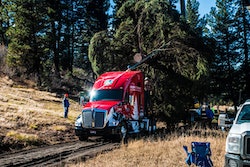