Google filed a lawsuit in federal court in February alleging that Anthony Levandowski, one of Otto’s top engineers — and formerly an engineer at Google’s self-driving car venture Waymo — downloaded 14,000 confidential Waymo files related to automated vehicle tech and then left the company to found Otto, which includes Otto Trucking. Google also alleges executives from Uber, who acquired Otto last year, had been in touch with Levandowski regarding the files prior to his departure from Waymo.

A federal judge Monday issued an injunction against Otto and parent company Uber, ordering them to turn over the files to Waymo and the court, should any exist. The injunction is not the end of the lawsuit, but simply an order directing Otto to part ways with Levandowski while the lawsuit unfolds and to turnover the allegedly stolen documents. The judge overseeing the case, U.S. District Judge William Alsup, says Waymo has presented compelling evidence for the injunction order. However, Alsup has allowed Otto to continue development of its autonomous vehicle tech, which Waymo sought to shut down.

Uber has disputed the claims in court filings. It argues its LiDAR design is “fundamentally different” than Waymo’s and that it only took one schematic of Waymo’s LiDAR system. “If Waymo genuinely thought that Uber was using its secrets, it would not have waited more than five months to seek an injunction. Waymo doesn’t meet the high bar for an injunction, which would stifle independent innovation and competition.”

Otto early last year announced its entrance into the autonomous trucking market as a tech upstart with intentions to produce a retrofit system to give existing trucks autonomous capabilities. The company was acquired by ride-sharing giant Uber months later, and in October it deployed in a 120-mile test an autonomous Volvo VNL tractor that hauled a load of Budweiser from Fort Collins, Colo., through Denver to Colorado Springs on Interstate 25. The company ran a second test in Ohio several weeks later.

According to court documents, however, Otto and Levandowski had been in touch with Uber even before Levandowski left Google’s Waymo and before he jointly founded Otto. Google alleges Levandowski installed special software on his Waymo-issued laptop to access Waymo’s confidential files. He then downloaded 9.7 gigabytes of data involving “design files, schematics and other confidential information,” Google alleges in its lawsuit. Nearly a quarter of the allegedly stolen documents contained information on Waymo’s development of LiDAR, an advanced radar system and one of the key components of autonomous vehicle development.

Google alleges Levandowski downloaded the materials onto an external drive on Dec. 14, 2015, and then wiped his laptop clean days later. Google alleges he downloaded a few more LiDAR-related files weeks later. According to court documents, Levandowski had email correspondence with Uber executives in the days following the alleged theft of the documents. Some of the emails referred to a “list of deliverables” and money requested by Levandowski.

Levandowski formed Ottmotto on January 15 and Otto Trucking on February 1. Uber officially purchased Otto in August for $680 million and promoted Levandowski to the head the company’s autonomous vehicle development — a position directly beneath the CEO, according to court documents. 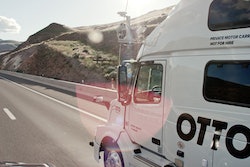 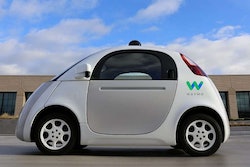