Updated as of September 1, 2020, to reflect the rescheduled Roadcheck inspection event, where Level 3 inspections are more likely to be prevalent this year than in prior years.

What can owner-operators expect from the Sept. 9-11 Roadcheck inspection blitz, rescheduled after postponement in the early part of the COVID-19 pandemic period? If you missed our prior report on the states where moving violations intensity provides a window to likely dense activity for Level 3s, read that via this link. As Chris Turner of the Commercial Vehicle Safety Alliance made note of in that report, just as with Operation Safe Driver Week in July, Level 3 inspections during Roadcheck this year can be expected to play a bigger role than usual in the 72-hour effort.

International Roadcheck makes its biggest distinction this year that same inspection level. The 2020 focus on driver compliance is planned to pay more attention to most of the 13 points of a Level 3 driver inspection. Representatives from CVSA as well as state law enforcement agencies around the nation emphasize the following points of the driver inspection.

When it comes to Roadcheck and other planned inspection events, she added, the focus is more “on education than it is higher enforcement of those issues. We developed educational pamphlets and papers that inspectors can hand out… emphasizing what the driver should have in his truck and what he should be able to produce.”

Drivers still adjusting to the ELD mandate probably played a big part in violations issued during the 2018 and 2019 Roadchecks, said Nick Wright, Kansas Highway Patrol trooper and public information officer. For some, it’s still an issue.

“Knowing how to operate your ELD,” Wright said, will help grease the skids of any driver inspection, and truckers also should know what they’re using. In 2020, any operator still with AOBRD (automatic onboard recording device) technology could be considered as not having a log book — an out of service violation.

Also of note, Wright said he has heard of automatic payment plans from some ELD manufacturers that, if not kept up with to the letter, might be triggered to downgrade the subscription to a different software that puts the operator in violation.

One easily overlooked matter of compliance, he added, is the requirement to carry four pieces of ELD-related information: “the user’s manual, an instruction sheet that explains how to transfer files to enforcement,” another instruction sheet detailing what to do in the event of a malfunction, and at least a week’s worth of paper logs as a backup. “I always recommend drivers just have all that printed and put in a Ziploc bag or folder.”

Another aspect of ELDs that has been tricky for some to master is a duty status error, such as forgetting to select personal conveyance mode. Automatically recorded drive time is the one area where adjustments, including reclassifying that time, aren’t allowed.

If you do mess up, explain the situation in annotations around the erroneous status change. Wright said the inspector will be able to check GPS records and any supporting documents within or outside the device to verify your story.

When there’s the likelihood of an inspector seeing an annotation, “just be open and tell us about it” immediately, Wright said. He prefers not only candor but also annotations being complete before an inspection begins. It’s far better than the opposite — the driver scribbling on a paper log or fiddling with his ELD as the trooper walks up to the truck.

If there’s an issue you’re trying to correct, Wright emphasized, just be honest about it. “I can’t stand being lied to,” he said. “We have a job to do, our drivers have a job to do, and we’re supposed to be in this together.”

Another concern is that some fleets haven’t trained drivers how to properly transfer files during an inspection. “If your user manual and your malfunction instruction card and your blank logs are all electronic, that driver needs to know how to be able to produce those at roadside when stopped,” Wirachowsky said. “If they can’t produce it, they’re going to be cited for not producing things that are pretty simple to produce.”

In pre-ELD days, “drivers might say they don’t have a log book because they don’t want to give you a book that’s over hours,” said Daniels, an 18-year CHP veteran. “A lot of times, the penalty’s less for not having a log book compared to being over hours, and it would be the same with ELDs. … A lot of drivers unplug it because they know they’re going to be over hours. So they try to avoid that violation by doing that.”

Hours of service infractions, largely tied to ELD use, easily topped the list of driver OOS violations during last year’s Roadcheck with a 37% share. During 2018, hours violations accounted for 44% of driver OOS conditions.

Other inspection concerns
More states now are combining medical cards with commercial driver’s licenses, but it’s best at this point for drivers to keep a medical certificate on hand.

“Most drivers have carried their med cards around since they started driving,” Wirachowsky said. “Don’t change that practice until post-2021, when it’s supposed to be fully implemented as opposed to relying on a state-by-state basis.”

And even though next week’s Roadcheck is most likely to see increased focus on driver requirements, equipment most assuredly still will be inspected, so don’t neglect the usual preparedness.

Long-established advice always holds: A clean, well-maintained truck can save you from not only ticky-tacky violations but also getting inspected in the first place.

If you operate in a dusty environment, routinely “wipe your license plates off — get reflective and other markings on the trucks cleaned off,” Wright said. Each item amounts to “one less thing” to give an inspector a reason to stop you.

“Make sure you’re doing a proper pre-trip,” he added, covering every “nut and bolt” you can. Double down on checking tires, lights and any visual clue that would prompt an inspector to take a closer look.

With lights, Wright said, don’t rely on some newer trucks’ partially automated “pre-trip button,” which can be unreliable. “Check them with the actual switch.”

If you missed our brakes-related coverage from two weeks back of Brake Safety Week, find further inspection-preparedness information via these links: 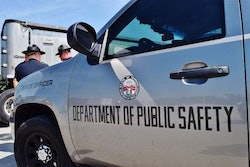 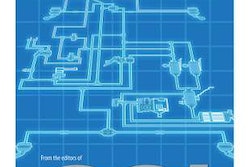