Truck-involved fatalities fell in 2020 while overall traffic deaths soared
Early estimates from the National Highway Traffic Safety Administration show that, despite a decrease in traffic and miles traveled in 2020, highway fatalities increased during the year. Fatalities involving at least one large truck, which NHTSA defines as those with a weight rating higher than 10,000 pounds, were down in 2020 despite the overall increase in traffic deaths.

NHTSA’s numbers show truck-involved crashes resulted in an estimated 4,895 fatalities, down from 5,005 fatalities in 2019.

"NHTSA’s research suggests that throughout the national public health emergency and associated lockdowns, driving patterns and behaviors changed significantly, and that drivers who remained on the roads engaged in more risky behavior, including speeding, failing to wear seat belts, and driving under the influence of drugs or alcohol," the agency said. "Traffic data indicates that average speeds increased throughout the year, and examples of extreme speeds became more common, while the evidence also shows that fewer people involved in crashes used their seat belts."

FMCSA extends HOS waiver for fuel haulers in the South
The Federal Motor Carrier Safety Administration has extended the hours of service waiver that was issued on May 9 in the wake of the Colonial Pipeline cyberattack that limited fuel supply through much of the South and East Coast.

The extension is effective through June 18.

I-40 bridge closure expected to continue through July
Truckers forced to detour around the closed Interstate 40 bridge between Arkansas and Tennessee should plan for about 60 more days of longer trips and added traffic congestion as the span over the Mississippi River is not expected to reopen until at least late July.

That was part of the message delivered Thursday, June 3, by state, local and industry officials who briefed Transportation Secretary Pete Buttigieg on the progress of repairs being made to the bridge that has been closed since May 11. A routine inspection found a major crack in a steel support beam on the 48-year-old, 19,535-foot-long bridge, which is a major connection for east/west freight travel.

The first phase of repairs was completed last week, making it safe for further construction. Tennessee Transportation Commissioner Clay Bright said Thursday the contractor hired to fix the bridge has ordered the materials to make repairs. They're expected to arrive late this month, according to Bright.

He said repair work could take into late July or early August.

Some 41,000 vehicles crossed the bridge in Memphis every day before it closed, about a third of which were trucks. Since the I-40 bridge was closed, traffic has been detoured to the I-55 bridge. Delays are said to cost the trucking industry about $2.4 million a day, and have disrupted the working lives of truckers.

Navistar targeted by hackers
Navistar learned of a credible potential cybersecurity threat to its information technology system May 20, the company disclosed Monday.

The company said to-date its IT system continues to be fully operational, but on May 31 Navistar received a claim that "certain data" had been extracted from its system. Navistar said it is working with third-party experts as it continues "to investigate and address the scope and impact of the cybersecurity incident." Law enforcement is aware of the cybersecurity incident, the company added.

Upon learning of the cybersecurity threat, the company said it launched an investigation "and undertook immediate action in accordance with its cybersecurity response plan, including employing containment protocols to mitigate the impact of the potential threat, engaging internal and third-party information technology security and forensics experts to assess any impact on the company’s IT system, and utilizing additional security measures to help safeguard the integrity of its IT system’s infrastructure and data contained therein."

Goodyear, Cooper complete merger
The Goodyear Tire & Rubber Company on Monday announced it has completed its acquisition of Cooper Tire & Rubber Company, finalizing the merger agreement made public on Feb. 22. The combination unites two leading tire companies with complementary product portfolios, services and capabilities to create a stronger U.S.-based leader in the global tire industry. The combined company will offer more options across the value spectrum making it easier for customers and consumers to choose Goodyear- and Cooper-branded tires.

As a result of the closing, Cooper’s common stock will cease to be traded on the New York Stock Exchange. 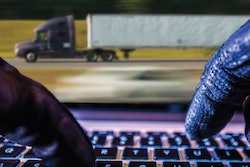