The House Transportation and Infrastructure Committee on Wednesday listened to leaders from across the freight industry in a hearing titled “Industry and Labor Perspectives: A Further Look at North American Supply Chain Challenges.” It laid bare some of the hard truths of today's supply chain nightmares.

Committee Chair Representative Peter DeFazio of Oregon opened the hearing by detailing some of the unprecedented bottlenecks and backlogs the U.S. economy faces in 2021. DeFazio specifically mentioned the $100 billion trade deficit with the rest of the world, ocean shipping costs jumping 500% and prices on consumer goods jumping 50% year over year.

DeFazio also pointed to detention time as a main driver of the crisis at the ports. After arriving at a port, "five or six hours later, maybe you're loaded, maybe you're out of duty time," said DeFazio, putting himself in a driver's shoes. "This is externalizing, they're putting the cost on the truck drivers. We're getting some interesting statistics: The DOT says truck drivers lost between $1 billion and $1.3 billion in earnings because of detention time."

It's a pretty "inefficient system," he added.

On that point, the committee and panel of speakers broadly agreed. The participants also broadly praised the newly passed $1.2 trillion infrastructure package that included $110 billion for roads and bridges and $17 billion for ports.

Mario Cordero, the executive director of the Port of Long Beach, called the $17 billion "real action to make supply chains more resilient" and explained that his port, and others across the country would use money to create more space to stack and store containers without congesting the ports. Cordero, who accompanied President Joe Biden on October 13 when he called for ports to shift to 24/7 operations, was virtually alone in expressing hope that the expanded port hours would translate to real world progress.

ATA President Chris Spear, in his opening remarks, applauded the infrastructure bill but called for further action: “It will be critical that discretionary monies address congestion at the top bottlenecks and intermodal connectors, of which 70% are under state and local jurisdiction; and, that funding be provided for truck parking like in the House-passed bill, which costs the average driver $5,500 in direct compensation annually.”

Spear went on to add context to claims of a "driver shortage" by emphasizing that the entire country has been slow to return to work in the wake of the pandemic, and that the national shortage of drivers, now estimated by his organization at 80,000, had stood at 61,500 even before the first COVID case, despite large increases in driver compensation.

“Pay has increased substantially, especially in the most challenging sectors of our industry,” Spear said. “Long-haul earnings, for instance, are up 24.3% since the beginning of 2019, and increasing at five times their historical average, which is nearly 10% year-over-year. Yet, the shortage and [challenges with] retention of talent remains — elevating other contributing factors, including lifestyle changes, more time with family, work flexibility choices that only independent contractors enjoy, time lost from severe congestion and detention time and the added layers of mandates, including requiring our workforce to vaccinate for a job that has one of the lowest risk and exposure rates in the country.”

Spear called for apprenticeship programs, included in the infrastructure bill, and hiring more from urban centers and female and minority populations.

MIT's Dr. David Correll, a research scientist who spent the last four years observing and talking to 4,000 OTR drivers, concluded that despite drivers having a potential 11 hours of driving time per day, the average he observed drove just 6.5 hours.

"That's 40% of driving capacity left on the table every day," he said. "That's troubling in times of a perceived crisis."

Correll also noted that drivers do most driving on Tuesdays, Wednesdays and Thursdays, and mostly have their extra capacity on the weekends but that shippers and receivers often aren't available on those days. Furthermore, "drivers that arrive earlier in the day are processed much more quickly than drivers who arrive later," he said.

"The detention of truck drivers varies in predictable cycles based on the time of day of the arrivals," Correll said. "Our existing warehouses and distribution centers do show the capacity to get trucks loaded and moving quickly, but they do so only about 6 a.m. to 2 p.m. Our supply chain problems are too big to only commit one third of our day to," he said.

"My first conclusion is that we're facing a software problem, not a hardware problem," said Correll, making the analogy that the trucking industry has the labor and assets to get the job done, but not the coordination at a high level.

To DeFazio's shock, Correll concluded that by adding just 18 minutes of driving time to each trucker's day, the entirety of ATA's calculated 80,000 driver shortage number would be erased. Correll said he arrived at this conclusion by taking the ATA's estimate of an 80,000 driver shortfall and comparing it to the 1.8 million current drivers, finding the industry 4.5% short. Then, by his logic, simply increasing each trucker's drive time by 4.5%, or 18 minutes, might unlock hidden capacity in trucking.

To do this, Correll urged the government and industries to take a serious look at boosting efficiencies and incentivizing longer drive times per day.

One potential solution Correll put forth he likened to seeing a health department letter grade on the window of a restaurant. Motor carriers, Correll said, could be coming up with letter grades for shippers and receivers based on their aggregated detention times, as well as how they treat the drivers.

Currently, individual fleets do track which shippers and receivers delay them and treat them badly -- as do drivers through a variety of smartphone apps -- but by creating a federally maintained database of this aggregated data, carriers could make smarter choices about what to haul and warehouses would have to shape up or lose out on business.

[Related: Truckers 'scarce and under-utilized at the same time' -- how could that possibly be?]

The hearing gave Spear an opportunity to answer questions from Representative Scott Perry of Pennsylvania, who posited that California's onerous regulations had caused the port crisis.

"California has actively sought to kill the trucking industry in its state and the oppressive hand of the state government has led many truckers to abandon routes in the state," said Perry, citing CARB's "unnecessary regulations" and calling AB 5 a tool for "big labor bosses" to force unionization among truck drivers.

Perry asked ATA's Spear what would happen to trucking if AB 5, or the PRO Act, which seeks to implement an AB 5-style indepedent contractor classification test at a federal level, actually were implemented.

Grocery stores would "go from eight apples down to three or maybe even two," said Spear. "That’s just choice and it’s going to go away because you have fewer people to drive it. Over 80% of communities are exclusively dependent on trucking, so unless we're going to go driverless tomorrow," the country will still depend on trucking, he said.

Spear agreed with Perry that he saw AB 5 and the Pro Act as attempts to unionize trucking, but explained that owner-operators, in his experience, have no interest or real recourse to union representation.

"They chose it as seasonal or part time work," said Spear of owner-ops. Organized labor wants "to take that option away. They want to organize it," he continued.

But Spear remained hopeful about the California Trucking Association's case at the Supreme Court, which seeks to reverse the AB 5 ruling. 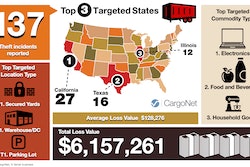 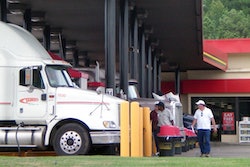 Diesel fuel shortages a mystery to this fuel hauler 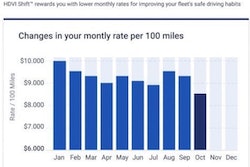 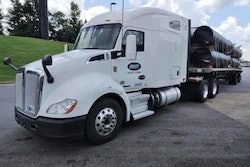