When a Devon, Penn., lawyer representing big commercial construction contractors insists that “Nobody’s against this,” referring to tolling major interstates as a method of funding their upkeep and expansion, I suspect he’s not talked to anyone among the nation’s long-haul owner-operators and drivers. Opposition to tolling, in my experience, is near universal among the former, particularly, and it’s no surprise: the diesel taxes the states and the federal government levy are an ever-present reality in the business of hauling, as month upon month those IFTA payment and reimbursement records have to be kept track of. Paying tolls on top of all that seems like something of a slap in the face.

The lawyer mentioned above was quoted in this editorial, headed “Private toll roads are on their way back” and published at the Philly.com Philadelphia news site. The state of Pennsylvania has of course been at the center of recent controversies over the tolling subject, as it recently struck out with the third attempt to gain federal approval for a plan to toll I-80 within its borders. While the editorial does contain an interesting look at the long history of private roads in the American republic, it readily ignores the fact that the current interstate road funding system in place guarantees that those roads remain open to the public, funded by fuels taxes.

A different editorial by Dennis Jett in the Christian Science Monitor sounded an opposing and intriguing note. “Will the fate of Interstate 80 become a metaphor for America?” the writer asked in the lead paragraph, referring to the situation in Pennsylvania specifically. “If it does, this country’s painful decline will be self-inflicted.”

In “Antitax hysteria is hastening America’s decline” Jett decries the dearth of late public infrastructure investment throughout America, and particularly in Pennsylvania, as a symptom of a sort of “antitax hysteria” that makes the possibility of increasing fuels taxes to better fund road repairs and expansions highly unlikely, to say the least. Said “hysteria” has, furthermore, driven the interest in tolls and other alternative funding mechanisms. It seems clear to me the grand paradox here — a lot of the same folks who decry tolling also refuse to share any more of the burden of road funding through increased taxes, and Jett suggests as much himself:

In the current political climate … raising taxes is outside the realm of rational discussion. Those who are the loudest constantly demand lower taxes and less government and their mantra is reported as though it were a universally held belief. The debate in the state legislature will therefore probably veer in the direction of which programs to cut and how much of I-80’s maintenance to defer. But deferring fixes will just add to the pain later; the total cost for state infrastructure repairs now equals $14 billion.

One alternative that will be considered is leasing the freeway to private companies. That is a popular approach to many public functions because it feeds into the notion that the government can do nothing right and the private sector can run anything well. …

One strong incentive for privatization has nothing to do with the supposed superiority of the private sector. The corporations that profit from operating what was formerly a government program often recycle a portion of the proceeds to the elections campaigns of the politicians that made it possible. And the result has little to do with the public interest or efficiency.

And that lawyer I mentioned above, well, he wasn’t even talking about I-80 so much when he cheerfully contended universal support for privatization, but an even more highly trafficked corridor through Penn. “They’re going to toll I-95. There’s no question about it,” he told the Philly.com writer. 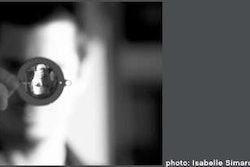