Will we soon be able add another state to the list of those who would have tried, but ultimately failed, to toll an existing interstate?

You’ll remember the old fight over Pennsylvania’s plans to toll I-80 under a federal pilot program dating back to the 1990s — arguably, perhaps, they got close in their efforts, but bearing implications for the current talk ongoing in Wisconsin, their plans were scuttled due to, among other things (like strong opposition from owner-operators and other highway-user groups), a view of tolls as a general-fund sort of cash influx. Tolls initially seem to appear to be attractive to politicians when they imagine the collected revenue that could then be funneled to other state programs, not necessarily spent on the road.

The federal pilot funding program, however, is restrictive in that it requires all revenue to go toward maintenance and upkeep of the road. Pennsylvania’s application was denied — three times at that — and recent public opposition in two of the three states (Virginia and North Carolina) that eventually became part of the tolling pilot program “forced the governors of both states to abandon the projects,” wrote Hayes Framme in the Milwaukee Journal-Sentinel recently. Framme, a spokesperson for the fairly new Alliance for Toll-Free Interstates (formed with the latest highway-funding conversation in mind as it heats up prior to the next multiyear highway bill), views the ongoing Wisconsin conversation as little more than a distraction, for several reasons in addition to the pilot-program-approved states’ failures and related issues above.

… Tolls remain the least efficient and least effective way to generate revenue for roads. Consider that even with advances in electronic tolling, the cost of operating and maintaining toll facilities can consume as much as 20% of the money generated, according to a Washington State Department of Transportation study. This inefficiency comes into sharp focus when contrasted with the cost of administering the gas tax (1% of revenue generated) or the federal income tax (0.4% of revenue generated). …

And of course the “philosophical roadblock,” as he puts it: “Put in the simplest of terms, tolls on existing federal interstate lanes is double taxation.”

That sounds absolutely familiar from conversations with so many of the nation’s drivers back in 2007-08 during all the reporting I did around the privatization of existing toll lanes up around Chicago and elsewhere. As trucking took up the fight against privatization in many quarters back then, many of those battles were lost. Today, fortunately, it feels like we’re on more solid footing with not only a wider swathe of industry opinion but also among the general public, where new-tolls sentiment, as Framme notes, has generally trended dead-set against.

In any case, here’s some further reading about the ideas state reps in Wisconsin have been floating lately. You can catch Framme’s rebuttal in total via this link. 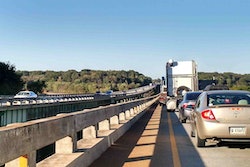 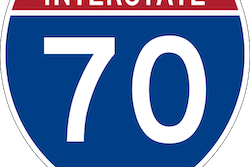 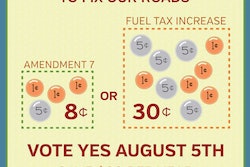 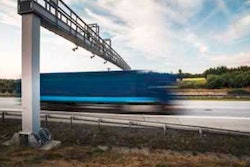