It’s time to play fill in the blank again on the Channel 19 blog. It’s been nearly  a year since the above headline graced this hall above a post about a rash of legislative proposals to mandate electronic logs for the entirety of interstate truckers and certain low-cost electronic logging options out there. In the meantime, of course, the Federal Motor Carrier Safety Administration has jumped the legislative shark by formally proposing its own EOBR mandate amid a cascade of regulatory change in late 2010/early 2011. And, just this past Friday, news came down from a federal appeals court vacating FMCSA’s mandate for EOBRs for hours-noncompliant carriers.

The court decision, arrived at after a challenge put forward by individual owner-operators and the Owner-Operator Independent Drivers Association, held that FMCSA had not complied sufficiently with a requirement to be certain that the use of electronic logs would not be a means for carriers to harrass drivers, essentially. Here’s a little excerpt from Overdrive‘s Jill Dunn’s reporting of the news from Friday:

A three-judge panel for the U.S. Court of Appeals for the Seventh Circuit concluded that “the rule cannot stand because the agency failed to consider an issue that it was statutorily required to address.” The Truck and Bus Safety and Regulatory Reform Act of 1988 “requires the agency to ensure that any such device is not used to ‘harass vehicle operators.’ ”

My question for you is: What does this setback for the limited-mandate rule do to the likelihood of the wider mandate? Before you get giddy with a sense of victory, the folks at the American Trucking Associations, even as this news was coming out, continued to insist that the question of whether all interstate trucking operations would be required to use electronic logs was one of when, not if. The ATA’s Rob Abbott, speaking at the Commercial Vehicle Outlook Conference at the Great American Trucking Show in Dallas on Friday, belabored this point, all the while suggesting that EOBRs on all trucks would not happen for several years as yet.

So what’s your take? Jump up and cheer? Too early yet? Or do you perhaps have a business-related case for adopting or ignoring electronic logs? Post in the comments here, please…

Dan Hanson’s driver salute is ‘Talk of the Nation’
Remember the fleet manager’s salute, published in a major Midwest newspaper, that I wrote about a couple weeks back? (i.e., ‘That truck driver who flipped you off…’) The fleet manager in question was Dan Hanson of Q Carriers (a former driver himself), and he appeared Friday on NPR’s long-running Talk of the Nation program as the featured guests in a series of call-ins from drivers and others about “The Hidden Lives of Long-Haul Truckers,” as the segment was dubbed. Check out the full transcript, or listen to an archive, here.

One of the many topics discussed? You guessed it — Q Carriers is now an electronically logging company, Hanson says…. 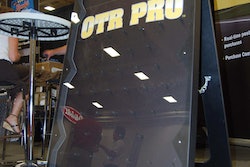 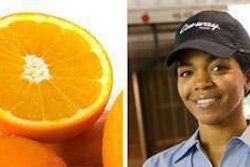 New health blog from the folks at Con-way Truckload 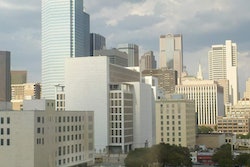 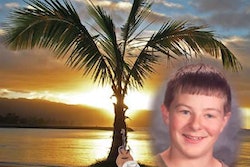