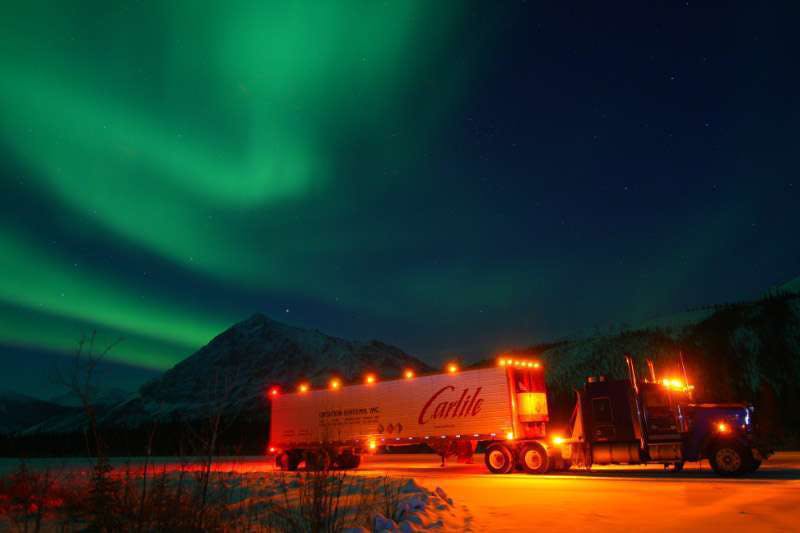 Carlile Transportation driver Dave Johnston photographed his rig and the Aurora Borealis “just north of Coldfoot,” he says, on Alaska’s Dalton Highway, where he runs three times weekly from Fairbanks to Prudhoe Bay. With sunspot activity at a peak this winter, the northern lights have been particularly strong. Johnston shared this photo (and another: link here) in Overdrive sister magazine Truckers News’ photo group on Flickr.com, with which regular readers will be familiar. Join and share your own photos from the road.

Lately the group’s garnered a new moderator in RJR Transportation driver James Stack, who operates his own photo/design website, http:/paidtourist.com. Since he’s gotten involved, activity is up at the group. I wrote more about him in Truckers News, when he won the May 2011 photo challenge. Get over to the group and tell the “paid tourist” hi.

Mugging (for the shutter) with a driver 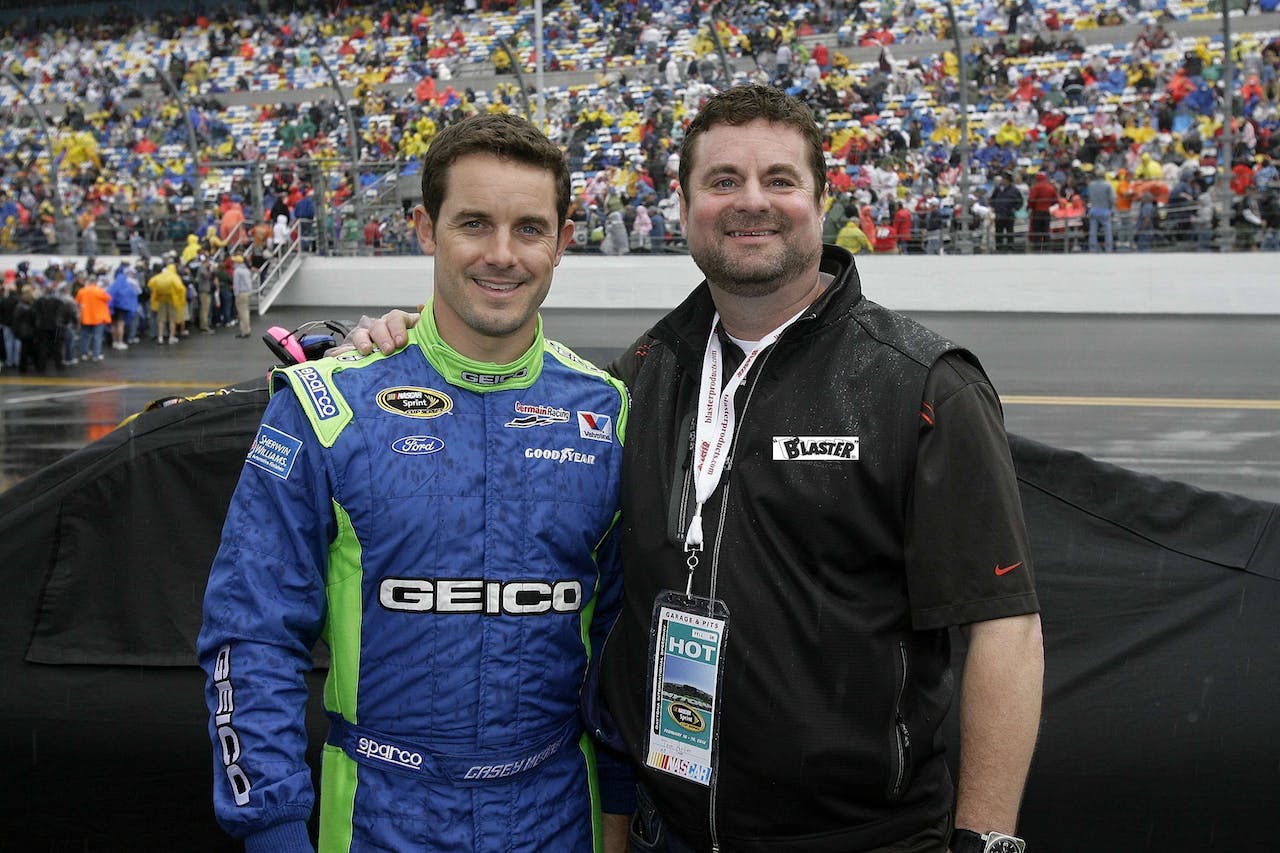 I bet you thought I was going to tell you that was NASCAR driver Casey Mears with an owner-operator or other highway hauler. Not exactly, this time around. This photo was sent over by the folks at Mears’ car’s associate sponsor Blaster Corp, maker of various and sundry spray lubricants I imagine you may well be familiar with. Taken during the rain-out Sunday at the Daytona 500, it shows Blaster CEO Tom Porter and Mears making the best of a wet day. Mears placed 25th in the field the following Monday in the historically delayed race. Though I know this will be one tall order of a wish, I hope your favorite driver won it. For my part, I guess I’m still holding onto fond memories of the Bud Shootout the week prior. Man, what an end! If you missed Kyle Busch’s last-lap pass, check it out: 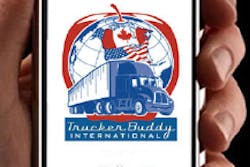 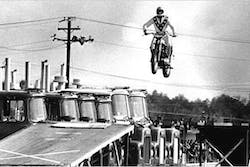 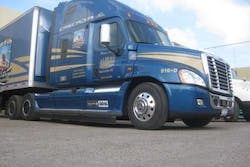 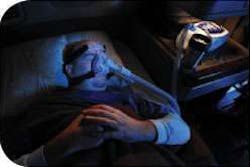