When politicians try to get funny it’s, well, funny — and maybe a few other adjectives I could mention.

Consider this, from U.S. Senator Chuck Schumer’s call for federal truck GPS-unit standards to help mitigate what he sees as a growing number of bridge-strike accidents in his state, New York:

The most recently landed and largest Mars rover (dubbed “Curiosity,” and pictured here in testing), just as the others, is an exploring/light-article-sampling sort of vehicle, last time I checked, measuring a small — by most acceptable standards of “truck” definition —  10 feet long, 9 feet wide and 7 feet tall. NASA scientists liken its size to that of a “small SUV.”

And, as so many of you have noted in comments on news of Schumer’s outcry (and as I noted at the end of my last post), there is no justifiable technological excuse for getting caught under a low bridge. Any self-respecting driver ought to know enough to take that mistake on the chin, as it were.

“Don’t blindly trust any GPS!” Zharman Prior noted on Overdrive‘s Facebook page. “You were taught to read every sign you pass, pertinent or not, and when in doubt, get out and look.”

Lee Rexroad, then, also on Facebook: “I drive my truck. I use GPS for help with directions. If there is any doubt on a bridge height I will stop before going under it. We can blame GPS, when it actually is the driver” who is at fault.

In the end, there’s probably no substitute for driver common sense and a good map. 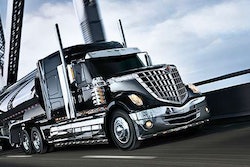 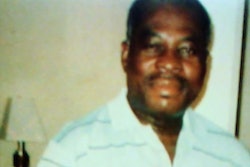 A wife’s tribute to her longtime owner-operator