Ciaran Hynes figures that if the three biggest killers on the highways are speed, distracted driving and alcohol, the more incentive drivers have to avoid them can only mean better highway safety in the long term. With states’ tough DUI laws and the kibosh a DUI is likely to have on your short-term future employment, Hynes thinks the alcohol category’s pretty well covered. Hynes’ company, 10n2 Technologies, currently offers two technological solutions to combat distracted driving in the BizProtect and OneProtect apps (Android, Blackberry; iPhone and Windows coming) for fleets and consumers, respectively.

And with an acquisition of a mobile-exclusive license  with Speed Demon, developers of a method  to determine statistical metrics for driver speeds by road classification (and reporting potentially dangerous driving behavior in real time), that occurred late last year, the company is poised to released new smartphone-based apps to further incentivize safe speed. Hynes hopes they’ll see use in the insurance industry in the future, as personal and commercial auto insurers move toward usage-based pricing of insurance.

Already, he says, in the consumer insurance market, usage-based models are popping up and becoming prevalent — he cites studies that suggest by 2018 a third of all auto policies will be written under a robust usage-based model. Today, however, such policies generally only track time of day used and miles driven, he says, utilizing hardware installed in-vehicle for reporting.

Given the license with Speed Demon, 10n2 is looking to deliver fleets and other commercial customers, as well as insurers, via their in-process TripSmart and ScoreSmart smartphone apps, windows into more refined data on which to base premiums. TripSmart will allow fleets to easily capture speed data, hard braking events, distraction-related events and other metrics in order to, for safer drivers, potentially ultimately reduce premiums. Hynes says the apps will be functional straight from operators’ smartphones — alternately, they will be able to integrate the cloud-based ScoreSmart driver-scoring engine with existing truck telematics devices to break out data in standardized form across different platforms.

If such apps become standard for certain insurers, for instance, operators utilizing smartphone-based or standalone EOBR technology might well be able to output their own data into the 10n2 scoring engine to provide a statistical picture of their basic on-highway safety performance and exposure levels.

Think of it all as the insurance angle on what Max Heine wrote about last week on Overdrive Extra, drivers “taking charge” of the data streams that flow from their trucks to prove performance to prospective employers.

Look for opportunities to use your data to advantage. A representative from XRS (formerly Xata) at the CSA Subcommittee meetings at MCSAC told me of an operator he’d talked to who’d realized an abundance of utility from the info captured by XRS’ EOBR solution (which pairs a “black box” to an operator’s smartphone and online info-storage/management account that can capture as much operational data as you like). As Heine’s piece suggested, this operator was using the data to argue his worth to carriers and/or broker/shipper customers.

If 10n2 and other companies’ predictions come to fruition, it might not be long before it’s possible to do so with your insurance company.

The usage-based pricing model has not hit the commercial market yet in a big way, but Hynes says you can be certain it’s not a question of if but when at this point. Other sources have said as much to me in past. Follow that link for some similar thoughts the ZoomSafer company, makers of a phone-based anti-distracted driving solution somewhat similar to 10n2’s BizProtect, had about such companies’ facilitation of smartphone-use data usage in insurance pricing. 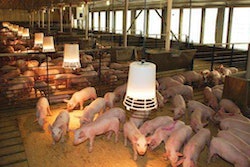 Blacktops may get a new scent 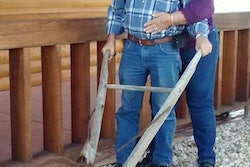 Help wanted: Reach out to a fellow driver sidelined by cancer 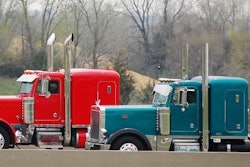 Pride in your ride, Midwest-style