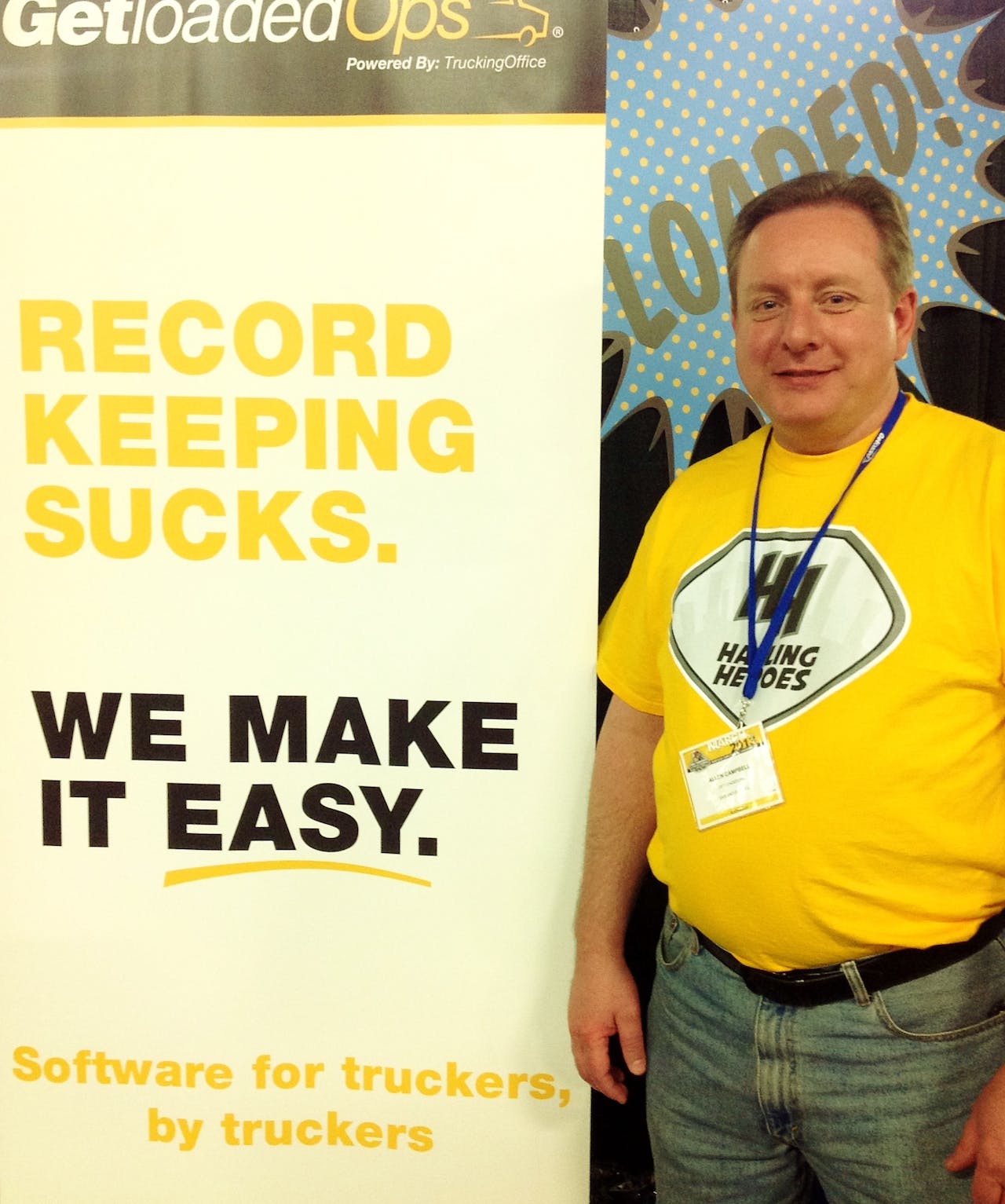 Who’s that standing next to what might be the most direct pitch (“record-keeping sucks”) among the hundreds of such pitches found through the halls of the Louisville, Ky., Mid-America Trucking Show last week? It’s former owner-operator Allen Campbell, proprietor of the software company that began its life as his personal project put together for tracking his own expenses and analyzing his business performance, the TruckingOffice software package. It’s been rebranded in a partnership with the GetLoaded load board as GetLoadedOps, which I wrote about attendant to the biz-software feature published in Overdrive last fall (find it here). Campbell shared a booth with the load board and partnering nonrecourse factoring service FreightCheck. 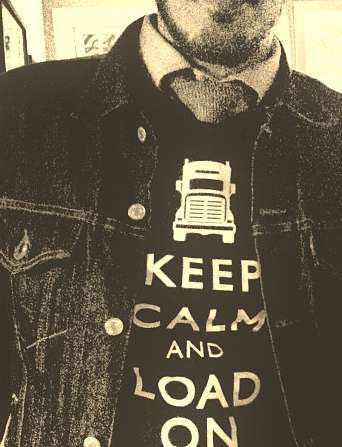 For an example of the British poster on which this GetLoaded t-shirt design is based, follow this link.

Campbell told me about a few updates to TruckingOffice and GetLoadedOps functionality he was announcing at the show, including added IFTA functionality: “In the past we’ve always had the miles-per-state availability,” said Campbell. Now, the TruckingOffice “Easy IFTA Filing” feature enables users to generate IFTA tax documents based on all the dispatches they have entered into TruckingOffice by just clicking through a  series of screens to confirm the information. The system will calculate the taxes based on the current quarterly tax rates and then print out a state-specific document that can be mailed to the appropriate tax office.

Further integration with PC-Miler was also now available, said Campbell, via the “advanced routing” feature — it calculates mileage based on actual street addresses and displays a map of the route that is planned, allowing for route editing as well as more accurate mileage reports. 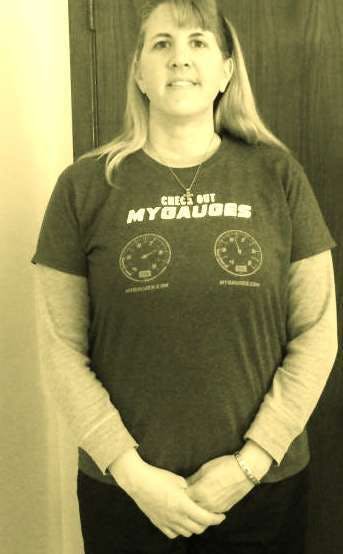 Generally, You’ve got to hand it to the service providers — without a physical product to attract the attention of showgoers, resorting to humor seems to be the default marketing method (though DAT resorted to more experiential methods). And good humor was in evidence throughout the show last week. Speaking of GetLoaded, they had the pretty great t-shirt (above) on offer there, playing on the old “Keep Calm and Carry On” World-War-II-era British government law-and-order advertisement issued as German V2 rockets terrorized the island. Given the volatility of the economy of late, the shirt seems apt — nice, simple, design too.

And Landstar-leased owner-operator Jackie Wormley picked up the shirt she’s modeling at right at the Kevin Rutherford project MyGauges software/Let’s Truck community booth while feeling as if “a chicken running around with my head cut off,” she says, on Saturday, the only day she could be there.

Catch any good humor yourself? 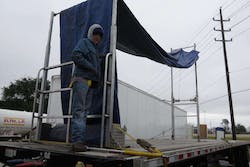 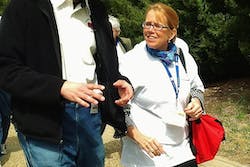 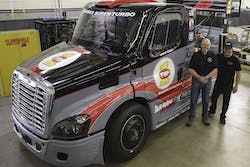 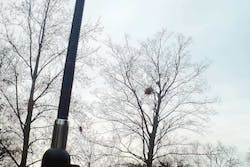