Early this week I wrote about the case of an owner-operator considering various potential options as his spouse’s employer’s insurance — which he pays into — was looking at a potentially large premium increase. The alternate route discussed compared expected out-of-pocket premium costs versus the cost of comparable family coverage purchased through the health insurance exchanges launched (well, sort of, the exchanges are still suffering technical glitches, as I also wrote) Oct. 1.

There might be, however, another way forward. Owner-operator Michael Wright was considering a Gold-level plan on the exchange comparable to the 80/20 coinsured plan with reasonable copays he has now. His home state, Michigan, runs its exchange in partnership with the feds, so he was using a Michigan-based calculator in effort to determine potential premiums there for both he and his wife, which showed a fairly large range.

The pair were expecting potentially large increases in the amount they paid to keep him on his wife’s employer’s plan this year, but even with the increases, comparable coverage on the exchange was still likely to be more costly.

However, one scenario we didn’t discuss was Wright going for an individual policy himself and his wife staying on her employer’s insurance, an option here that could make sense if the employer’s insurance rates go up as much as had been suggested. According to the Kaiser calculator, Wright might pay about $286 monthly for premiums on a Silver level plan for himself alone — if the Gold plan is less than what his coverage would add to monthly deductions from his wife’s paycheck, it could be a way to go.

Which is all to say, ultimately, it’s important to explore all the options for health insurance as the Affordable Care Act requirements continue to come into effect. The good news is, gone are the days of being denied insurance due to a, for instance, congential heart defect, or a past heart attack, or being denied maternity coverage if you’re a woman of child-bearing age. Marc Ballard, a Florida-based insurance broker with long health-insurance experience, has partnered with the Healthy Trucking Association of America on opening up a driver-specific avenue to health insurance through the new exchanges. They’ve set up their own “private exchange,” something Kari Russell of the Owner-Operator Independent Drivers Association says is in the works there as well.

While they’re still putting the pieces together of a searchable website, the HTAA marketplace is live via a toll-free call-in number — this will get you to licensed and certified insurance agents, capable of offering advice to your situation, unlike the state- and federal government-paid navigators out there getting folks started in the enrollment procedure. Their number’s 855-648-1613.

Other insurance brokers are licensed in particular states to serve as go-betweens for you to the exchanges — to take some of the hassle out of the process, they may be a good way to go. They get paid on commission by insurance companies, as a general rule, so using them isn’t much at all like utilizing a transportation brokerage — you’ll still pay the same amount you otherwise would.

Says Holly McCombs, who works for insurance broker Campbell Insurance Services, licensed to the exchanges in Maryland, Virginia, D.C. and West Virginia (McCombs is also the wife of car-hauling owner-operator David McCombs), “You need to know what you’re getting into, and good luck trying to get somebody on the phone on the federal lines.” The intricacies of how deductibles work — and the variety of options available on the exchanges — aren’t something I’ll get into here, but let’s just say they’re pretty wide, with plenty of variability in options, including many plans that can be coupled with a Health Savings Account. Using such accounts reduces your taxable income — and given that the subsidies you can get will be based on your modified adjusted gross income, a little put into an HSA can make a big difference if you’re on the bubble in terms of income determining whether you’ll receive a credit or not to reduce your premiums. I’ll stop now, more later.

As I noted last time — share your experience comparing plans if you’ve been up to it these past few weeks. The federal exchange still isn’t connected on the back end like it should be to the insurance companies, so no one’s gotten through the entire process as of Tuesday evening, anyway, said Fred Adams, founder of the HSA for America insurance brokerage/agency. (Some of the state exchanges, however, are working just fine.)

All the same, feel free to share tips here — I’ll be reporting further on all of this.

Couple of things to remember as you’re utilizing estimating calculators:

**Your “income” figures will be based on 1040 “modified adjusted gross income,” estimated for 2014, not gross income.
**The household-size and access-to-employer-based-insurance questions with calculators are all meant to take into account the entire household, not just the individual business. Owner-operators’ access to tax credits will be dependent on not only their own income but that of the entire household — if employer-based coverage is available and meets the affordability guidelines of the ACA, then credits will not be available. However, according to Ballard’s estimates, a majority, of owner-operators will likely fall into adjusted-income levels at which subsidies will be available. 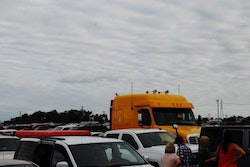 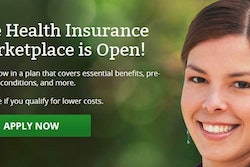 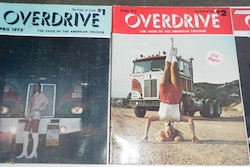